I used to read self help books with a passion. From Dale Carnegie's "How to win friends and influence people" to an obscure high school football coach that decided to write a book, I've read them all. But success was never really defined. Then again, the association with money was never too far. I, too, had convinced myself; in order to be successful, I needed to make a lot of money.

This is the part where I tell you that I don't actually make a lot of money. As a programmer, I get to make a good living, but my story is nowhere near the fantastic Silicon Valley tales. The first I heard of programmers making 150k plus, that became my motivation. I polished my front end skills, my back end skills, and years later I am still not making 150k a year.

Not long ago I met a new friend that was in a career dilemma. On one side was a company where she spent many years and get to call her coworkers family, on the other a place that offered her a much higher salary. She wanted the high paying job, but she didn't want to leave the people she worked with for so many years. She felt her work was meaningful and fulfilling. But a higher salary did sound exciting. The dilemma gnawed through her. She finally said, 50k is more money than I can ever imagine.

It's all about perspective.

Before working as a programmer, 50 thousand dollars felt exactly the same way. I would work the whole year and make a little less than half that amount. Speaking with her made me realize that that I was making much more at the time but was still chasing success because I had never defined what it meant to me.

Success is a personal matter and since we are all going to chase it anyway, we might as well take the time to define it, so that when we reach it, we can re-evaluate. When I left my last stable job 2 years ago, I thought I was finally going to make a lot of money because all I had in mind was success. But it didn't go as I expected.

I didn't get a paycheck every two weeks like in the nice cozy jobs. At the job, when there was downtime, we would invent small tasks that would make us look busy in order to justify our salaries. But on my own, I wasn't getting paid when I invented projects. I wasn't getting paid at all. In a full year, I made a measly $15,000. That was just enough to pay rent, and sit in a corner.

However, the interesting thing about this period of my life is, it wasn't the worst part by far. I got to wake up on a Monday afternoon and started my day hiking in the beautiful mountains of California. I got to chose my clients. I got to say no to employers that didn't fit my requirement. I got to hangout with like minded friends who didn't obey the 9 to 5 rule. It was a whole new perspective.

The second year brought me a pay bump closer to when I was employed, and I still get to do what I feel like on a Monday morning.

After years of working in the field, I have come to appreciate different things. And the more experience I get, the less I think about success in those terms. I had to redefine my success. I had to throw away the old ways. I wasn't in search for money. I didn't write code because there is a high demand for programmers these days. I was a programmer because I liked solving my own problems. I used code to find solutions and people are willing to pay for it. That was my new meaning of success.

Everyone wants to have millions of dollars in their bank account, but for most people if they took the time to define what would constitute success to them, they will need less than millions to feel fulfilled. It might actually be harmful to think unless you are driving an expensive car, you didn't make it yet. Cause life has a funny way of not rewarding people who work very hard. At least not with money.

I may not be successful in the eyes of the industry. I don't drive a luxurious car, I don't have a house to show off on YouTube. I don't have millions of followers on social networks. But I still sit down sometimes and think about success and all the things I want to be able to do. And I know in time I will be able to do them, because I get to define what success is to me, and I am free to readjust it as I go through my journey.

Before you click else where, tell me something. What is success to you?

The key to a successful life: TL;DR. version

A simple and elegant solution 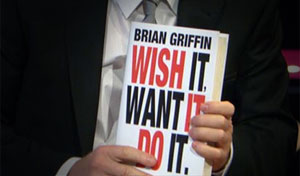 The secret is, there is no secret

The secret to lose 10 pounds in a week, the secret to be more productive, the secret to appear on Google's first page, the secret to become a millionaire. I used to read those, but now they seem more like a cheap attempt to make money off of desperate people. On the web, spam site took those books and refurbished them into click bait articles who exist for the sole purpose of generating more page views and ad impressions.

An inspiring article. I agree that for many, success is consociate with how much money/properties you have acquired but on my mind, there is no point of getting rich if you are not happy. (But if you are rich and happy that's excellent.) Success is a drive for sustainable happiness. It is not a question of when, what, how much but it is something within you. When I make someone smiles, I am successful. When I inspire people, I succeed. When I help someone up, I triumph. Yes, success is all about perspective.

Thank you for your perspective @Janice :)