But I tend to think about time differently. I think that merely representing it on a 2D platform makes it lose all its essence. Time travel is possible, but only in a form where you can barely call it that, but let's look at examples.

Before you clicked on this website, you had a thought in your head. This thought was known by you and you only. In order for me to know it, you'd have to tell me what it is. But what if I tell you that I could tell you exactly what that thought was before you even say it. You'd be impressed right?

In a linear time model, here is how I could tell what you were thinking of:

This can be accomplished through time travel. But what if, I can figure out what you are thinking without using time travel technology? Does it count as a time travel?

Hermione in Harry Potter Prisoner of Azkaban. She used time travel to figure out all the answers in class.

I like to tell people I travel through time, but only after I do something that seems impossible at first. Only a few days ago, I was with my brother and sister watching YouTube. Suddenly my sister asked:

Sister - Have you seen the...
Me - The live First person shooter game video.

She couldn't believe I completed her sentence without having any context. Sometimes she will utter "Oh my God..." and I will complete her sentence with exactly what she was going to say. My secret is very simple. I have invented a time machine. I can't predict what people will say, but I can go back in time and simply repeat what they "said" in the future and I sound like a genius. 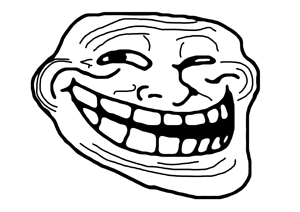 I wish this was true. As impressive as it may sound when reading it, there are lots of things I am leaving out. The number one is context. Because of context, I am able to predict what my sister is going to say. Not because I know what she is going to say, but because the context presented to us triggered the exact same thoughts in me.

Let me explain how I knew she was going to talk about the live first person shooter video:

First of all, for the past 6 months, she has been working on a video game in Unity. She watches tutorials, read blog posts, and constantly see projects on kick starter. The chances of her seeing that video on YouTube are pretty high. Even her game has a first person camera.

Now, how did I know that she was going to talk about that at that exact time? Very simple. Right when I was flicking through YouTube, there was a video that looked like a first person shooter game and there was an Oculus headset next to it. This immediately reminded me of that particular video. All three of us were thinking about the exact same thing. So when she started her sentence, even though she didn't use any context words I was able to predict what she was going to say.

Note, this all happens at a subconscious level. This is YouTube running arbitrary code in our heads.

Not very impressive now is it? In fact, everyone has those experiences all the time, and no one sees it as anything special. Yet we are predicting and affecting the future without traveling through time.

Now imagine scaling this idea. Imagine you know everything a person goes through. Everything. In the right context, you will be able to predict everything this person does. By studying his past, you can determine his thoughts all the time. Here is something that happened to me a few years ago.

I've watched a Mexican show on YouTube for a few month. Let's call it a soap opera for now. A month later, I was chatting with a friend in Mexico and I've mentioned the show. She mentioned another Brazilian show she liked. This conversation was happening on whatsapp. The moment I jumped on Google, on my desktop machine, all I had to do was type 2 characters on the search bar and Google completed it with the name of the show she was talking about.

There are a few ways Google would have known that.

The third method is probably the correct one. I don't know how Google's algorithm works but I imagine that for it to be their principal product they must pour a considerable amount of money in it. And it has to be a very sophisticated engine that takes many things into consideration for every single character you type.

Now how did Google know the context of my search? Not too complicated in theory (the infrastructure is very complicated).

So before I typed a single character on the search bar, Google already had a context in mind. It was 1pm, I was home, I was on the machine on which I streamed my shows onto the TV. My searches were filtered before I typed a single thing. Now add to that the things other people who are in the same context as me typed in the past, and they can automatically open the wiki page for me when I launch the browser. I won't even complain.

So its either that or they traveled through time.

“ Understanding context is the equivalent of time travel without the overhead of building a machine.”

An important thing here is the cost of a mistake. If I typed 3 characters and Google suggested things I don't care about, I'll simply continue typing and hope to find what I am searching for.

If I completed my sister's sentence with a wrong prediction, she would say "not that", and continue as if nothing happened.

In movies, the point of time travel is to make better informed decisions that will affect the course of things. The same thing can be done with knowing the right context of events. If I called in sick on September 1st 2015, my employer might believe that I am sick. But a computer that understands the context of that date through my perspective knows that I was in line waiting to get my hands on the latest Metal Gear.

By the way, you were thinking of time travel before you clicked on this link.