My overall experience with facebook has been negative. Like many people these days, I decided it is best to not have a facebook profile. Well technically I do have one. OK, I have two of them, and both are deactivated. One is my regular account and the other is my developer account that I reactivate every time I need to perform dev work with their API.

Yes, privacy is a concern for me, but that's not the reason why I close my accounts. As a technical user, I can isolate myself 100% from facebook networks. I can use the many tools available that block every request to facebook servers. And I can even build my own browser plugins to block any unapproved domain name.

When I was active on facebook, I'd get emails every time there was a notification. Whether someone liked something I posted or sent me a message, I'd get an email. It was super annoying. I know a lot of people that threatened to leave facebook just for that. What they didn't know is that a quick trip to the settings page fixed the problem.

Others were pissed that they were tagged on a photo without their consent. That too can easily be fixed. You can untag yourself. And others were freaked out by facebook's 'people you may know' emails. How could facebook know they knew each other?

As concerning as this can be, sometimes, it is an amazing feature. I remember when I was very new to facebook and I got those emails. I saw pictures of people I thought I would never see again. But here we were, only a click away from rekindling old friendships.

The problem with facebook is not that it knows you so well. We all wish that our computers knew us so well that they could just anticipate what we want. Only it is a third party computer that know us so well.

In an interview on NPR, a mother closely monitored her child's interaction on social networks and was adamant that he not post personal stuff. The child said, so all he can say on facebook was "Had a good day with my friends today".

Children growing up in this era view posting what you are currently doing, even if it's a private matter, as something you just have to do. Forbidding them to do so is seen as no different then censoring them.

One problem that is known on facebook is the illusion of socializing. Appearing popular is more important than being popular. I once went to a super boring party. No one was talking to each other. The music was playing for itself. But there was one guy with his camera taking pictures all over the place. At some point he took a picture of me with the group of people I was standing with. We posed, there was a flash, and that was that. The next day it was uploaded on facebook. It looked like the hottest party in town. The comments where all about how lucky we were to be at that party...

But even that is not the worst thing about facebook to me. We've been posing for pictures creating fake memories long before social networks.

Facebook puts power in the hands of everyone. I didn't feel bad because someone posted my childhood pictures without my consent. I felt bad when I couldn't help but run a facebook check on everyone new that I meet.

At work, after I was given a candidate's resume, I had all the information I needed to find them on facebook. I made promises to myself that I was never able to keep. I always ended up looking them up. When interviewing, I have to stop myself from saying "You look so much like your son".

The presidency is a great and precious thing. Loneliness is the price — Frank Underwood

With facebook, even people I don't like are only a click away. In the offline world, I can safely ignore them. But glancing down on my phone, I see exactly where they are without even asking. And with a single click, I see their pictures as they are navigating through the Orange county fair, posing next to a cow.

I know what my friends are having for breakfast. I know that an old friend from my childhood is feeling down today. I know that the person that was tagged in the background of a picture I took is the first in his family to graduate from college. I know that his friend's daughter finally got her driving license.

I know that that person whom I met at the peak of my hiking trail is going to Las Vegas this weekend. We took a picture when we reached the peak, and it was only appropriate that we tag each other.

There are a billion active accounts on facebook and other than the 208 that are set to private, I can communicate with every single one of them. I don't know what other word I can use other then Power. This is great power, just like the power held by the presidency, with great power comes great responsibility, and loneliness.

I certainly couldn't handle it. You might as well say the worst thing about facebook is me.

On facebook, why would I give someone privacy when I have access to all this information. And I don't even need their permission. I can watch your private pictures because you made them available. It's not that I can find out where you work, where you live, where you eat, everything about you. It's that I actually do find out without ever hiring a private detective. It's not what I can do, it's what I do!

In The Simpsons, when Mr Burns built a casino, he did so to make more money. But what made him go crazy was the surveillance system he built around it. He was obsessed with knowing every single thing everyone was doing at any time. 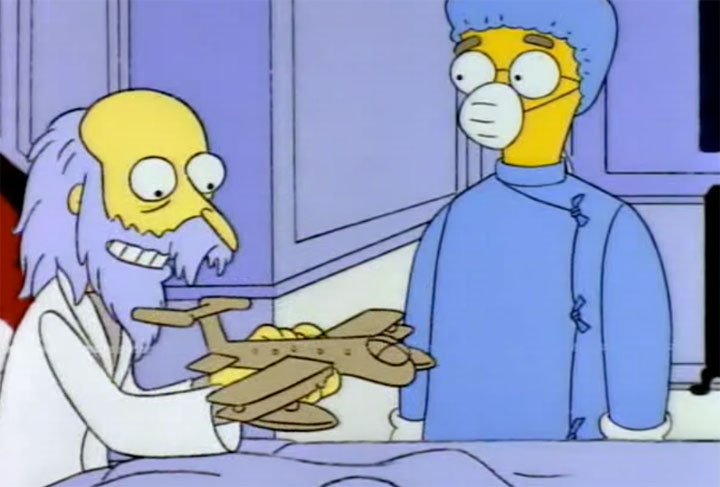 That is too much power to have for me, and I gladly declined it.

So if you don't see me very active on facebook, which is the most personal social network, it's not because I don't want them to track my every move. I certainly don't want them to. But the main reason is because of the person I become when I have access to all this power.

We consider Athens to be the place of birth of philosophy because the port connected people from all over the world. The diversity of people and information was just too great.

We have 1 billion people on facebook at our finger tips today. How would people from ancient Greece handle that?