Nietzsche put it best: There are no facts, only interpretation. Yet we live in a world where only the facts matter. The dictionary definition is an indisputable truth. In the scientific world, its the same conclusion reached by multiple different bodies.

In the everyday world we live in, facts are something you can google and find someone that agree with. Numerous times I will make an argument and everyone jumps on their phone to find a fact that disputes my reasoning. And of course, they always find it. The problem is, I also found an article that agreed with me.

The latest was just a trivial celebrity story and it was very interesting to see how hardly people argued in favor of a story simply because they read it online.

Well let me tell you all about it. There was a story circulating about David Hayter harassing a girl when he was in high school and she stabbed him when he wouldn't stop. Of course the story was greatly distorted due to the nature of the internet and memes. The story was circulating as a fact, until David himself decided to tell his side of the story.

In reading the post regarding the ceramics class incident, I noticed that your phrasing made it sound as if I was doing something worthy of a good stabbing, like harassing the young lady. I was not, she was just a friend. What happened was: When I saw what the class was doing — wood carving with these cool, curved blades – I was fascinated and wanted to give it a try. When she was not looking, I shaved a bit of wood from her carving, at which point she turned around, said “Don’t!” and stuck her own knife deep into my thigh. When the blood started bubbling out, she was horrified, and actually half-carried me down to the nurse. There was no animosity, and I did not go home “sick”. I laughed it off and stuck out the day, mostly because I thought the huge blood-stain on my jeans looked cool. I was, after all, only sixteen.

Now, you may argue that the value of unspoiled art is such that an action like mine deserves retributive physical mutilation, and I would not necessarily argue with that (as a side note, I have not interfered with another wood-carving since). But in the interests of journalistic integrity, and the fear that a misleading story might spread among my few fans and well-wishers, I thought I would let you know.

David “Hey, what’s that divot in your leg?” Hayter

Sure this was trivial, but think about all stuff that turn into memes or quotes attributed to people that never actually said it. Remember the quotes from Hitler that were posted with pictures of Taylor swift?

Just because things are on the web doesn't make them facts, and this is not limited to memes or small blogs. Even reputable news outlets like CNN spread the same kind of false facts.

Does it mean you can't trust anything to be fact on the internet? No it simply means, take time to do your own research if you find something intriguing. 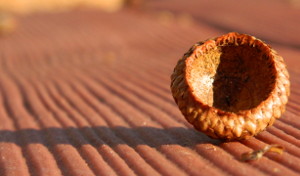 The web lasts forever, until it doesn't

The scariest thing on the Internet is that they say it never forgets. We all start young on this platform and we all did or said some embarrassing stuff that we hope no one will find. In my first interactions with the web, I became friends with someone in the US and I thank her for teaching me how to write in English. But the other important thing she taught me was how to create a website.