Being an A student, in the old days, I took the teacher side, hoping that one day all this will make sense. I memorized the formulas despite not understanding the very first thing about them. I got the best grades in high school and chose Math and Science as my field of interest. Yet, I didn't understand it.

Today, working as a web developer, I like to compare my then knowledge as storing all data into a giant text file. Nothing is indexed, nothing is organized, every time I had to solve a problem I'd run my internal regex engine on the text file to match things like 1 - cos^2(x) = sin^2(x), and God forbid it is written in any different format. Despite knowing the formulas, solving problems was hard because I didn't understand the formulas.

Who needs to know what the hell cosine is? For that matter what's the deal with trigonometry? My first few years exposed to it, I did the natural thing of memorizing everything to get good grades but it didn't help me accumulate more knowledge. Instead, I kept append stuff I learned to the giant text file, to a point where opening it in my head caused a MAXIMUM_ALLOCATED_MEMORY_ERROR.

I had accepted that Math is this thing that makes no sense and we have to memorize just to pass the class. Was this really it, or was it some conclusion you reach when you have horrible teachers? I think it's the latter. Math is logical, at least it claims to be, and today I firmly believe so because of reasons I will list further down.

Back in primary school, mathematics were not this soulless class we had to toil through and I thank some of the amazing teachers I had. Here is something I had memorized in first grade:

These words are engrained in my head, and so is their meaning. When I went to the store as a kid, I would ask the clerk how much they bought the candy and how much it costs them. With that data, I'd tell them how much profit they make on each. This formula is trivial and very generic, but it has an important aspect. There is a real world way of experiencing it. The high school and college kids see the same formula everyday, but it is stripped of all its meaning, making it utterly confusing.

It is the exact same formula as the one I memorized in first grade, but it is stripped of all it's meaning. It is the formula it self with no context. Very easy to memorize and to apply in a theoretical environment but never in the real world.

I know this is very easy for you, dear reader, but the first time you are exposed to these new terms, you have no idea what the hell x is. I remember in middle school when I asked a teacher what x meant. He went in a long tangent that I can't match using Regex in my favorite text file. When I asked, "what is π (pi) ?" I was given it's 3.14 value or "approximately 22/7". What am I to do with these values. 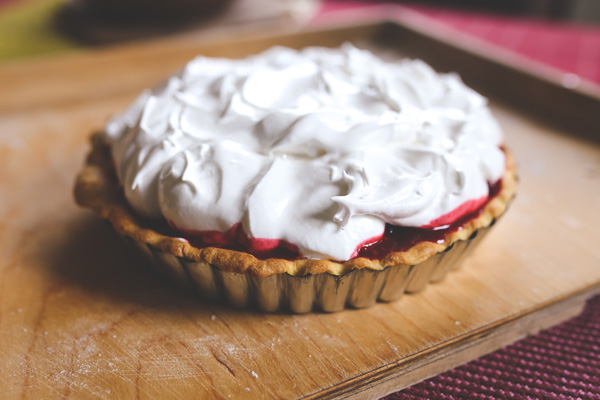 I graduated from high school knowing everything and nothing, and I was one of the best students. And I am sure I am far from alone in this. Because I wanted to major in electronic engineering, I followed this Math path in college and unsurprisingly it was all about the same nonsense.

But in my very first electrical engineering class something unusual happened. The professor was talking about sine waves and he drew a straight line between two humps and the line was labeled, as you might have guessed, π. This is not the first time I see this graph or used it for that matter. But all of the sudden, after many years of toiling with this, it clicked. Call it:

I looked at π as the distance between the two humps. The circle, the small triangle in the first quadrant. I know these, I have memorized them, but today for the first time, I understood what they meant.

So I interrupted the teacher and said, "So pi is half the length of the perimeter of the circle if it was stretched into a straight line?" He didn't know where this came from. He looked at the class for a moment then said, "yes... sure." My classmates looked at me as if I was stupid. I bet most of them still didn't know what I was talking about but had camouflage their ignorance with an exceptionally confident face. This was a defining moment for me. It was the Rosetta stone to solve the cryptic text file I have been appending to for over 2 decades.

Richard Feynman wrote about this experience since the 80s.

After a lot of investigation, I finally figured out that the students had memorized everything, but they didn’t know what anything meant. When they heard “light that is reflected from a medium with an index,” they didn’t know that it meant a material such as water. They didn’t know that the “direction of the light” is the direction in which you see something when you’re looking at it, and so on. Everything was entirely memorized, yet nothing had been translated into meaningful words. So if I asked, “What is Brewster’s Angle?” I’m going into the computer with the right keywords. But if I say, “Look at the water,” nothing happens – they don’t have anything under “Look at the water”!

One other thing I could never get them to do was to ask questions. Finally, a student explained it to me: “If I ask you a question during the lecture, afterwards everybody will be telling me, ‘What are you wasting our time for in the class? We’re trying to learn something. And you’re stopping him by asking a question’.”

It was a kind of one-upmanship, where nobody knows what’s going on, and they’d put the other one down as if they did know. They all fake that they know, and if one student admits for a moment that something is confusing by asking a question, the others take a high-handed attitude, acting as if it’s not confusing at all, telling him that he’s wasting their time.

In my programmers head, it was the equivalent of normalizing database tables. It suddenly made sense. I knew what pi was, and this meant, I knew what sine was, and cosine. I felt ashamed at first thinking I was the last person on earth to figure it out, like the person you had to explain a joke to after every one had finished laughing then awkwardly laughs by himself. But the more I asked my fellow classmates the more reassuring it was. If you ask students what π, cosine, or any of those terms means, they will give you a text book definition without really knowing what it is. You can tell they will never be able to use those definitions beyond the exercises in the book.

Math went from this lifeless subject that was just a memorization of meaningless formulas to having a place in the real world. As a programmer, I even used sine in a formula in a small game to determine the path an enemy ship will fly on. I used math in the real world and could talk about it.

This was a defining moment on my adventure with Math. I understood that it was actually possible to bring this static 2d world into the real infinite world we live in. I don't have to just use a formula to solve a problem, I can actually understand it. It does help that I had memorized a lot of these things because now I could reorganize my own thoughts into something coherent. You can imagine there was a lot of Aha moment when I started programming little games.

Maybe there is a different approach to teach Math. I'm a disorganized learner, my method is a combination of memorization, timing, and luck. All this in a system that is supposedly design to educate people in these fields. I hear a lot has changed in the class room since my permanent leave of absence a few years ago, but I hope that teachers, who dedicated their lives to teach others and help them understand the unknown, and are far more experienced them me, have managed to quantify my experience into a small, bite size, repeatable pattern, that can be taught to any one.

I hope that kids today, with their ipads can not only tell you what π, sine and cosine is, but they can show you how these values and methods are used to calculate the trajectories in angry bird.

Education is not a tradition to keep, where a hopeful address commemorate its end and weird shaped hats are tossed in the air. Education is steroids, a jump start. It should help you learn the things you need, that would otherwise take a life time to accumulate on your own. It has nothing to do with grades, it's about knowledge you can apply to the real world. I don't think I'm weird to think that. Or am I?

Follow me on Twitter, RSS Feed
Next: Track page read not page views
Previous: Pessimism: The cure for false expectation