When I started working in a big company, I had my own space. I had plenty of time to myself and privacy. Every worker had his own cubicle. When I had a question for the lead developer, going to his cubicle seemed like entering his house.

The preferred method of communication was instant messaging. Anything other than this method would be used only out of necessity. 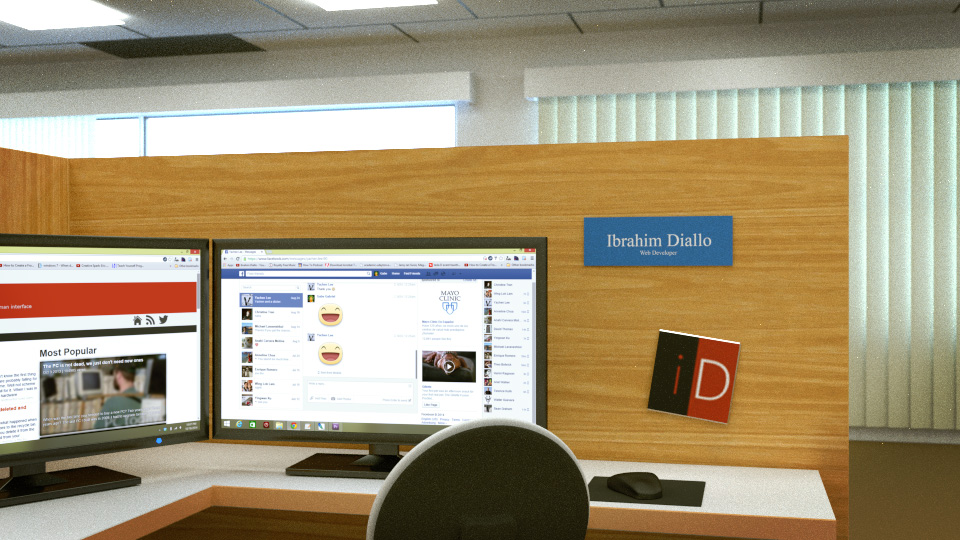 I knock on one of the walls and he removes his earphones and answers. "Come on in, how can I help you?" This experience seems a little exaggerated but that's what it felt like. A cubicle is a private space. Here a developer, an accountant, or a manager can work undisturbed.

It does remind of the boring world in Office Space. It can be, but it all depends on the context. It was my first time working in a large team. I had the opportunity of sharing ideas with people more experienced than me and at the same time, I could go to my private quarters and work undisturbed.

A by stander might see this rows of developers working very boring, but something you can't see with the naked eye is productivity.

We were very productive. Interruption was rare. In order to talk to someone you would have to either be part of the project she is working on or invade her private space.

Note that, we may have been quiet in the office but we got along super well. We always went to lunch together and hangout after work.

One day, the company expanded. They decided it was time to follow the new trend and go for an open plan office design. This meant the walls between the developers where to be taken down like the Berlin wall. With the advertised benefit of increasing productivity and tighter team bonds.

The real benefit however was that you could now cram twice the number of developers in the same row.

Two things I thought about immediately was one, the guy coming out of the bathroom 25 feet away sees everything on my screen. Two I will be bumping elbows with the person sitting next to me. Just like a big family. 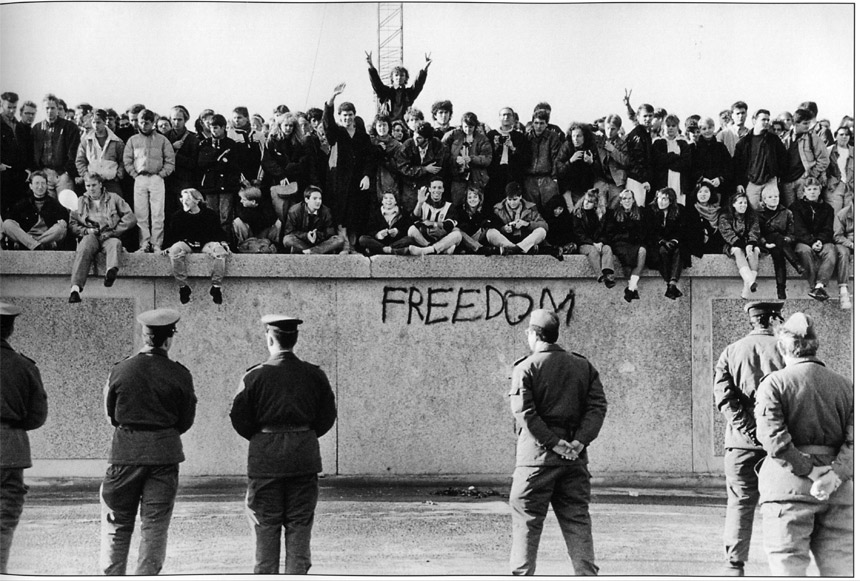 There were three schools of thoughts. Those who were completely opposed, those that kept their head down, and those that agreed with everything management said. As you will learn in a large company, your opinion and unemployment are directly related. So with very little friction, the walls went down.

Instant messaging was our main method of communication, even if the person you send a message to was next to you, the cubicle walls created this natural separation. But now that everyone was elbow to elbow, how do you send a discreet message to the person sitting right next to you?

When the walls were up, I didn't have to bother any of my coworkers if I had a question (except the lead dev). If I knew they were busy, I would send an email so that when they are done with whatever they are doing they can get back to me. Other times, I would send them an IM.

The good thing about an instant message is that you don't have to respond right away. It doesn't break your work flow. If you are busy, you keep it on the side until you become available. Otherwise you answer.

My coworkers are sitting right next to me. I can see the reflection of their screen in their eyes. It felt weird.

One day, I tried to ignore the fact that our elbows were rubbing and sent an IM just to experiment. I turned and looked at her, and even though she was busy, she could not ignore me.

Sometimes I would get a message and verbally shout to the person 3 feet way, making eye contact with me: "Give me a few minutes, I have this jira to complete then I will get back to you".

Instant messaging felt so impersonal now. But walking to people's desk and talking to others completely distracted me from my work. It was becoming more and more difficult to get in the zone.

The walls were not coming back up so we learned to accept that we will never get our private quarters back. We created virtual horse blinders and made the most of it. But work flow changed for the worst.

Without the cubicle to instill the idea of privacy, people started talking more. Now people would stop by your desk and just start talking to you. I stopped at people desk and started conversing too. I actually excelled in that.

When two guys are talking, they will call your name, and you will join the conversation. We became more social at work. A lot of time was wasted and overall productivity went down.

This seemed good in a social kind of way at first glance. But a byproduct of this was at lunch time, we stopped hanging out together. Because you were distracted all day, lunch time was a time to yourself, or the time to catch up on your work. Social lunches died. And because people kinda enjoyed this alone time, it started affecting work hours too.

People started becoming distant, because they wanted to get some work done. Saying you are busy made you kind of an outsider. Yet it felt good to be the outsider because finally you can concentrate.

I cannot prove how this is related, but most websites started being affected. More bugs then ever, less communication between managers and developers. People started quitting the team. New hires were left in this weird spot where sometimes no one even told them what to work on. The worst case was when a new hire showed up and no one was expecting her.

The turn over rate became very high. At the time I couldn't really see what was affecting it. I requested to change team, but it only took a couple months to see this was company wide not just limited to my team.

It didn't take long for me to move on too. I left the company.

I don't know what would have been the outcome if we never went for the open plan office. But for the year I worked in my cubicle, everything was perfect. Open plan office seems cool, but think about it, where is it easier to work: at Starbucks or in a library?

I love having my own space. But then again, I get distracted easily. Maybe it's just me. Or maybe open plan offices are just a bad idea.

Follow me on Twitter, RSS Feed
Next: How your data is collected online
Previous: More concerned to keep your job than to do your job

Shut up, let me tell you my story

Everybody wants to be a good listener. Actually, I think deep down everyone thinks they are great listeners. It is easy to pass as one, at least in theory. All you have to do is keep quiet when the other person is talking. But then they say something that you can relate to, like how they went skiing over the weekend. Now you want to tell them how you went too a couple weeks ago and that it was the biggest snow storm of the year. But you can't say it because they are still talking. You don't want to be a bad listener now do you? So you start thinking, "uhuhing", and waiting for them to finish talking so you can tell your story too. You are no longer paying attention. Just waiting for a long enough pause so you can take over the conversation.