"Good artists copy, great artists steal." The same quote has been used to justify the creation of beautiful art, and also to download pirated copies of movies. The web tends to take things of important value and turn them into a sad over emphasized joke. But I don't want to focus on that today. I want to explore how to create something original.

In highschool, I downloaded a demo of Tracktor DJ studio from Native Instruments and I thought it was the most amazing thing ever invented. I took all my MP3s and remixed songs into the way I wanted them to sound. I reorganized the verses, played some part in reverse, mixed different voices and it all sounded amazing... to me.

I made a whole bunch of CDs so my friends could have the privilege of enjoying it too. But when they listened, they didn't hear the same thing I was hearing. To them I was ruining the songs. Sure it was fun the first time when you expect the chorus but then it doesn't happen. And then, nothing you expect ever happens. The more they listened the more confused they were, because it was supposed to be a song they knew yet they didn't.

The more I think about it today, the more I understand their frustration. It's like when you took that extra step when going up the stairs and almost collapsed because, well there were no more steps. You familiarized yourself with the pattern of the stairs, your brain solved the going up problem and set your feet on autopilot and all of the sudden the pattern violently ends.

With music it was not so different. My friends were familiar with my music collection. When they heard the beginning, naturally they wanted to sing along. But suddenly, the song took a different turn. I created an audio uncanny valley somehow. What I was doing, was modifying a popular piece of art to create something original.

The method it self is not flawed, but it is met with comparison and frustration. When your creation is a modification of another product, when presented to an audience, they will automatically compare it to the original and give it less value. An Identical copy of The Mona Lisa sells for $31.99, and modified versions can be printed for $5.00. Oh the original costs 700 million.

There is no way I can promote the Luxogram app to you. Just because of the name, you know it is an imitation trying to piggy back on the success of instagram. How about facebooker? Just today I saw someones new project called gamestarter, and one of the first comment about it said:

[...] However, I'll have to say that personally I really dislike the name. I get that it's somewhat related Kickstarter, but when I see names which are copies of other company names, it leaves a very poor impression.

The copies can be just as amazing but all you see is a copy. 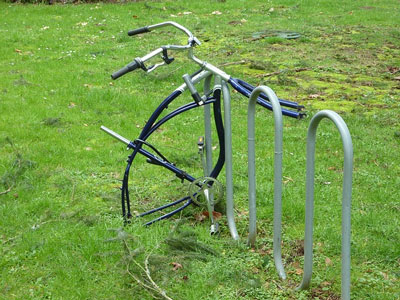 How can you be original if you are learning from someone else?

If you only read one author, your writing will mimic said author. When someone reads your writing, your style will remind them of the author. The same goes for a painting, programming style, or public speaking for that matter.

What if in my remix collection I had mixed different artists? Different genre? My friends would probably still be able to identify all the tracks I mixed, but the final product will be an original piece. (I wonder if I can still be a DJ)

When I read my favorite programming books, the author does not give one name as the influence for writing. He lists more then a dozen names. From each he probably learned different things and as a result he was able to make a whole book.

It's not so much about copying or stealing, it's what you do with the all the different pieces. If you take something and modify it to look different, the spirit of the original product is still there. But if you take parts of multiple products and mixed them together, you create something new.

With popular paintings, you can easily add a hat to the characters, draw mustaches, change the color, at the end of the day it is still the same painting. But if you look at the painting without judging, as if you don't understand it. If you look at the shapes, the colors, the mood, you can use these pieces to recreate something else, you can use not just one but many paintings, at the end you will have an original product.

You can find some of these examples on YouTube. Feng Zhu is an amazing concept artists, and as good as he is, he uses reference images to make great art.

The more resources you use to create a product, the more original the final product will look.

When you take anything you consider original and thoroughly analyze it, you might find little pieces of other work in it. It's hard to even watch a movie without seeing a scene that looks familiar. Everything is a remix.

So if your goal is originality, you need to expose yourself to as much different things as possible.

All Your Favorite Shows! from ornana.

Don't modify something to look different, use different parts to create something unique.

Follow me on Twitter, RSS Feed
Next: Boredom is a consumer problem
Previous: We complain, but programming is still fun