My Alarm rang at 4am, I usually set it 30 minutes before the time I have to get up from bed. But on this day, I only had 2 hours of sleep. I never manage to have a good night sleep on my first day on the job. But at 4 am, my body felt light, the bed felt exceptionally comfortable, I had to spend at least another 5 minutes enjoying this moment before facing the day. So I fell asleep.

At 2 am, the truck driver was already there. He comes in early so he can stop at Denny's and have a nice meal before we come to unload the merchandise. He drove all the way from Texas and the LA store was his first stop. He still had 8 stores to go through.

At 4:30 am, all the employees had clocked in and were on the dock ready for work. I was in bed. My phone rang one more time. Thinking my snooze time has just expired I grabbed the phone to turn it off. "Snooze" doesn't start with an "R", it was the manager. I got up in panic mode. I drowned the sound of sleepiness with hurryness. He asked where I was. I answered, "I'm around the corner", then hung up.

If you ever lived in Los Angeles then you know that taking the bus is not an option. You'd have to carefully plan your schedule the same way you plan a trip to Hawaii. I couldn't take the bus when I was 1 minute passed my clock-in time already. So I ran. I ran all the way to work. Luckily I lived in Westchester, one of those neighborhoods too close to the airport. So I made it only 20 minutes late, which coincided with the time the driver came back from Denny's to open the freight. 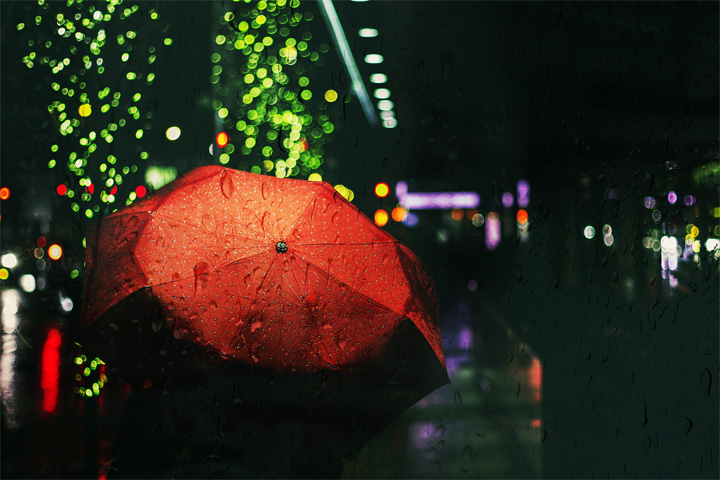 This was my story every Wednesday for a whole year. And I hated it, I had just re-graduated from high school in the US and I didn't know any better. But, I had dreams of working comfortably on a nice desk and comfortable chair, doing intellectual stuff. The most intellectual thing I did in this job, was talking to customers as a cashier. They quickly understood that I was not nodding and smiling because I was shy and polite. I just didn't understand any of the English they were speaking.

One day, the high school principal came to the store. She was happy to see a former student, but not very happy about the work conditions. She asked if I wanted to volunteer sometime in the school. I gladly agreed. On my day off, I helped grade some students math work. One day, she came to class and looked at me strangely as if it was the first time she ever saw me. She came closer and asked, "did you ever tell me that you wanted to work in IT?" My eyes lit up. We went to her office and she gave me a flyer for a job right between the school and my job.

She was giving me advice on how to apply for the job, but I was not listening. I was just waiting for a long enough pause to give her an excuse to leave. I had to call this job before anyone else does.

At the door step, I pulled out my phone and called right away. They asked me to come the next day, with my resume. You can imagine how rich and enthusiastic my resume was right after high school. Well the next day I was in their offices, with a pregnant lady, and a guy who compensated for his small English vocabulary with an expensive suit and a piercing smile.

This was my first interview. All the jobs I held in the past only required to show up and be able to lift 50 pounds; you get hired as you walk in, but they just have to make sure your back is in good standing.

The interview went pretty well, and I tried to mention the principal's name as much as I can for bonus points. The lady said they will call me in a week to let me know.

You can only imagine how excited I was. It was the first interview I had worthy of a suit. I talked about this job to my friends and family as if I was already hired. I even went to the principals office to thank her.

The only problem was, these guys never called.

The more time passed, the more I started to doubt the phone number I wrote on the application. Sometimes I think, what scares people on the concept of hell is not the blazing fire, it's waiting to see if it's really going to happen.

I asked for advice to everyone I knew and apparently calling a company yourself is a big "No No". I was disappointed. The process was so exciting and for a whole week it was all I ever talked about. But then it was silence. So I gave up.

A month and a half later, I was at the store. I had received a 35 cents raise from my job and was standing at the cash register. It was a slow day and the only customer, an old lady, had been looking at the same lamps for 20 minutes. She couldn't make up her mind and I was hesitant to start a conversation that will never end. She turned, looked at me, smiled politely, and slowly walked out of the store.

The store was silent. And the absence of noise has a funny way of stimulating your mind. I started to think about the job interview. Replaying it in my head, thinking about what I might have done wrong. But my mind could only go so far because no matter how much I tried to I could never play a perspective of the interviewer. The only way to know was to ask her. So in the silence of the store, I dialed the number.

Me - Hi, I interviewed with you guys a month ago but never got a response.
Lady - Oh, let me get your name.
...
Lady - Are you still interested in the Job?
Me - Yeah.
Lady - OK... I have your email I will send you the instructions, are you available tomorrow at 9?

And just like that they hired me. It was a part time temporary position, and I'd have to keep my current job but it was still amazing. What would have happened if I didn't call? If I had called a week after the interview would they have hired me? Am I master of my destiny and can do anything I put my mind to? Or maybe it was just pure luck.

“I'm saying you're what's wrong with America, Simpson. You coast through life, you do as little as possible, and you leech off of decent, hardworking people like me. Heh, if you lived in any other country in the world, you'd have starved to death long ago. You're a fraud, a total fraud.” — Frank Grimes

One thing, I learned from all this is that there is no formula. What works for some doesn't necessarily work for others. The advice I got from my friends, not to call the company, might have been important for their situation, but it was not good for my case. For my situation, there is only one thing to do: ask at the source.

I'm sure the interviewer has her own rich and complex version of the story and it didn't end where I got the job. In fact, I only held the job for 3 months until I was replaced by a more experienced and permanent employee. Which became a close friend of mine and got fired 2 months later.

The same interviewer referred me to their IT contractor where I was hired without any formal interview. That is a story in itself

Stories end when everything works out. When good defeats evil, when the truth triumphs, when the prince saves the princess. The part we don't hear or are not often interested to hear is that it is only the beginning of a new chapter. Getting a job is often the beginning of an overwhelming experience, and getting fired is a common part of it. This was my first formal interview, but I have gone through many more through a very short time spam, and am still experiencing them.

The end of one story is the beginning of another.

Nice photo with the red umbrella and out-of-focus green lights in background. Keen observation. Reminds one of Blade Runner.

Hi Dino, I'm glad you like the photo. The photo is a combination of public domain photographs that I found on pixabay and some of my own. Feel free to share it or do whatever you please with it :)