12 years ago, I went to IHOP. Or was it last week? No, it was last year before the pandemic. Time is a blur. In my trip to IHOP, with our two little boys, my wife and I were experimenting with the different type of food they like. They had just turned one and hated every single meal of the day. But they had also developed an appetite for anything that was on my plate or my wife's.

After being seated for good while at IHOP, our meal was not arriving. The waitress who sat us down came two to three times to ask how we were doing. But each time she came, she didn't have our meals or our drinks. You can only sit a toddler for so long before he becomes fussy. Make it two toddlers and hell breaks in half the time. Since, I couldn't go to the kitchen and explain my situation to the cook and slip him a little something, I resorted to entertaining my kids as best I could. When the waitress came a fourth time, empty handed, I asked her if she had any toys or stuff for kids. She answered no and left.

Food is the universal language for peace. Feed me a hot meal and I'll bury the hatchet. It was a welcomed sight to see platters of food finally arrive at our table. It swiftly quenched my frustration. I even smiled at the waitress.

But when the food was on the table, the waitress stood right beside us and... well, waited. I was not sure if this was a new rule in the IHOP customer service playbook. The other patrons in the restaurant certainly didn't have a waiter standing by their side watching them eat. "Thank you, I think this is perfect." I said, in case she was waiting for some feedback before she could leave our table. She hesitantly walked way.

When I want a refill on my drink, I look for anyone wearing the uniform and ask them for a refill. The first person I saw wasn't our waitress, I asked anyway. Right when this one left, our waitress ran to our table, asking if we needed anything. "It's OK, I told the lady about the refill already." I said. "I'll get it for you!" she answered and ran back to the kitchen. I didn't give it anymore attention.

A couple of minutes later, I went to the restroom. Apparently, she brought my refill when I wasn't around. Half way between the bathroom and our table, I met her heading back to the kitchen. "I brought your drink," she said. To which I replied, "Oh thank you!" and continued without missing a step.

"Don't forget to tip," she said. Or I thought I heard. I couldn't really tell, but I thought that was odd.

For the rest of our stay, she would come every five minutes or so to interrupt us. I was busy making faces and fiercely negotiating with my son Raziel trying to convince him that the food on his plate is just as good as mine. The lady wouldn't leave us alone. At that point, it wasn't good customer service anymore. It was pestering. I even started telling my wife, "maybe I won't tip her."

It's a hassle to strap twins on their stroller. You have to make sure they are secure all the while they are fighting for their freedom. They just won't understand that this is for their own good. Oh, it also doesn't help that a lady is standing right next to you, with her hand clasped and is waiting for... something, I don't know what exactly.

As an immigrant in the US, I'm not a big fan of tipping. Especially when it is expected from me. I usually tip out of the goodness of my heart, not because I have to. Although I'm not too strict about it either because, well it takes too much time to explain why tipping is bad. So I decided to tip with my card. Who carries cash these days.

I took my receipt and walked to the cashier where I was going to settle the transaction. The lady was right behind me when she said "You didn't tip."

I was very confused. And I was getting frustrated now by her attitude. But I calmed myself down, lack of sleep makes me more irritated than I should be, so I let it slide. Plus in five minutes I'd be back at explaining to a toddler why I need to strap him to his car-seat. I'll leave my frustration for then. I just want to get out of here now. "Oh, don't worry I'll tip with the card."

This was the tipping point. That's it! I'm going to give this lady a piece of my mind. I've been coming to this same IHOP for 15 years, and nobody ever pestered me like this. But when I looked into her eyes, there was only one thing I could do. I pulled out my wallet and gave her the only twenty dollar bill I had in hand. She almost snatched it from me, then turned and walked away. She stopped, turned back to me once more and said "thank you" before she ran back to the kitchen. Her "Thank you" was purely mechanical.

I wanted to tell her I am sorry, empty the content of my wallet on her, and run away. As if, I was caught red-handed perpetrating the system that keeps her poor. Was $20 even enough? How many customers will she bother before she has enough? How would IHOP feel if they knew their employee was begging customers for money? She would probably get fired.

According to glassdoor, an IHOP waitress can make as little as $2 an hour. And before you jump to your guns, this is perfectly legal in America.

Under federal law, employers can take a tip credit by paying tipped workers, such as servers and bartenders, as low as $2.13 an hour if those workers earn at least the standard minimum wage of $7.25 an hour once their tips are added in.

You can legally pay your waiter less then minimum wage and they count on tips to make up the difference.

Can you imagine if all jobs were compensated this way? You interview for a job and you get it. Then the interviewer says: "We pay $2 an hour but don't worry, our customers are very generous and will make up for the difference so you can make a living. If for whatever reason they don't, all their friends and family will shame them. You start tomorrow."

I've often heard the argument that if restaurants paid a $15 minimum wage, all mom and pops restaurants will go out of business. Restaurant food will be so expensive that most people won't dine out. In other words, a whole industry exists only because it underpays its workers. But if you can't pay your workers, why are you in business?

It almost explains why we are fat in America. We are starving someone else. Then we make ourselves feel better by leaving a tip.

Tipping is not a bad thing. It can be an act of generosity. If you think your waiter is doing a great job, or you are feeling generous, by all means give him a tip. But it shouldn't be the only thing that allows a gainfully employed person to make ends meet at the end of the month.

It's been a year now and the pandemic ravaged the restaurant business. Was this lady let go? Did she end up in the group of people who made more money from their unemployment check than from their employers'? I hope so.

If anything good has to come out of this, then it should be revamping the Fair Labor Standards Act. Working full time at minimum wage rate does not allow you to get a 2 bedroom apartment in any state in the US. Reducing this very small amount of money for some workers is immoral. Tips are bonuses, not your minimum wage. 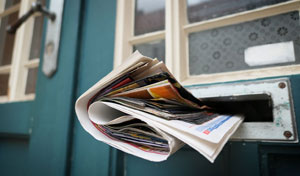 We never paid for Journalism 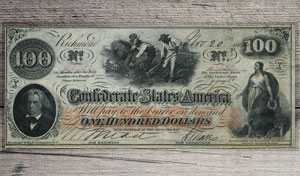 The brave cotton pickers of America

I grew up learning about America in a chapter or two in our school's history book. It said that Christopher Columbus sailed across the seas. Through shear luck, he discovered the new world. When he reached the land, he greeted the inhabitants as Indians. The book went on to describe him as a heroic navigator and trader. That's the image I had ingrained in my mind.