One of the greatest thing about web development is instant gratification. If you make any changes to your HTML, CSS, or JavaScript all you have to do is refresh the browser page and your new changes will show up. There is no time wasted compiling the code. However, recently I have been working on different projects and some of them make use of SASS or Less CSS. These are programming tools that compile into CSS. The main benefit is that you can use it modularize your css but the price is that you have to compile the CSS every time you make change.

There are multiple tools that you can use to automatically compile when you save a file. One that I have used in the past was grunt. However, for this project I didn't want to install nodejs and a bunch of other dependencies just so I can watch a folder.

Here is the command to compile the CSS with SASS:

So two commands to run every time I make a single change. This quickly becomes a burden. My first step to solve the problem was to bundle both commands into a single bash script. I created compilesass.sh and added the following in it:

This makes me slightly happier but I still have to run the command manually every single time. The solution is to create a batch script that will watch all the files in my /scss folder and compile the moment it detects any change. So I created sasswatch.sh.

I identified the path of my folders and first hard-coded them in the script:

It is easy to upgrade this script to take parameters instead of hard coding the values. For example you can assign a 'source', 'target', 'watchfolder' and pass it to the script:

Just replace it with the dollar sign values on your script.

Alright back to watching the folder.

A simple way to detect if the files have change is to get a list of all of them with the last modified date.

Running this command will give us the last modified timestamps in milliseconds and the name of each file.

Now we can take all this information and hash it with md5. In fact we can combine finding the files and md5ing it.

Now we have a unique string that represent the current files and their last modified date. Note that I added the command cut to remove everything after the space. We can save this hash, run the script at a time interval and if the hash changes, we will run our sass commands. Just like that we have all the components to build our script.

Here is the full code:

I've added the script to get the hash of the file list and last modified timestamps inside a while loop that runs every 2 seconds. I feel 2 seconds is seamless enough to seem like your code compiles every time your save.

You can always download some tools to do the task for you. But the problem is you will bloat your code and add some unnecessary dependencies. Instead a simple bash script that is around 30 lines of code can do the job. 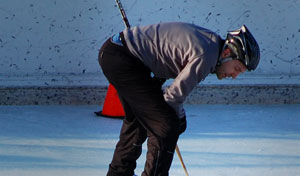 In this series, we will start from the very beginning on how to build a website from scratch. In this article we will not be using any of the popular framework, if you want to install wordpress on your own server click here. My goal is to have a fully functional website built on a solid foundation from the very beginning.

One day I woke up and decided to remove all external CSS from my websites. And every website I build consequentially will have no external CSS. No one noticed anything on my website except the speed increase.

My goal was to remove all external JavaScript files from the page and still be modular. After a year of procrastinating I finally got to it and development on the website has never been easier and I didn't sacrifice speed or modularity.