There is a beautiful Chapter in the children's book The Little Prince. Chapter 13, if you want to read it. Here, the little prince arrives on a planet where a businessman is working: 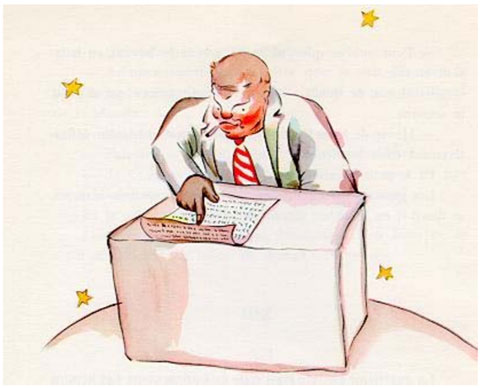 Nothing, I own them

The prince asks what it does to own a star. The man answers:

It does me the good of making me rich.

The then businessman continues to count the stars.

The reward of owning the stars is the thought of being rich. You don't get to have the stars, or do something with the stars. It's the thought that counts.

Personally, I think his real reward was the yacht that he wanted to design at the end of his life. It had nothing to do with work. It was purely for the joy of it and to be in it with his family. He died before the yacht was ready to ship.

He has worked, he has changed the world, but he never got his reward. Only when it was too late he thought about it. Work is important, but let's not forget about the rewards.