When I first went to the Getty museum I was more impressed by the person of Paul Getty then the actual art it contained. Just imagining how much money went into building all of this is mind boggling. The museum houses art from all over the world, and all of this is available to us for free.

The first time we went, we didn't have a guide because who needs a tour guide? We can look at the painting and statues on our own and read the little inscriptions. It takes less than 20 second to consume a painting. Look at the shapes, the colors, how photo realistic it is, read the name of the artist, the inscription and you are done.

It was boring. You look at lots of paintings, some impressive, some not so much, but I couldn't tell you the first thing about them the next day.

When I went to the Getty Villa, I decided that this time I should do more than just stand there and watch. We joined the guided tour.

It was an amazing different experience. This time not only I saw the art, I learned the stories behind them from someone who knew what he was talking about. A painting didn't need to look realistic or pretty to be beautiful.

The one that fascinated me the most wasn't even part of the display. It was a small smudge on the wall, near a trash can.

When I first passed it, I threw my empty water bottle in the can and moved along. But then our tour guide stopped and said, "Let me tell you the story of this little broken egg."

Paul Getty, seeing that workers were taking too long to finish the job, decided to throw in a little competition. He promised a handsome prize to whichever team will complete their side of the project first.

He was the richest man in the world, so of course it will be a very handsome prize. The workers daydreamed about all the things they could do with the money when they win it. Productivity increased exponentially. Everyone put 100% and completed their task in a record time.

Because we live in a democracy, the winning team elected a representative to tell their boss, Mr Getty that they are done.

Mr Getty was having lunch in one of those fancy restaurant in the Pacific coast, present day Malibu. The democratically elected leader arrived with his unwelcomed clothes and found Mr. Getty in the private lounge. "Sir", he removed his hat. "We finished the work."

The rest of his crew were at the construction site dreaming about all the good things that life has reserved for them. Impatiently waiting for the money prize.

The spokesman arrived. Everyone was excited. On his hands, he held something wrapped in white paper. Inside the was a small egg sandwich. That was the prize.

Paul Getty is known for being stingy. But on top of that, he was also a perfectionist. So to get back to him, the workers decided to do a simple thing that he will probably not notice but will irritate him when he does.

On one of the long corridor, painted with beautiful egg patterns. They decided to break one of the eggs. 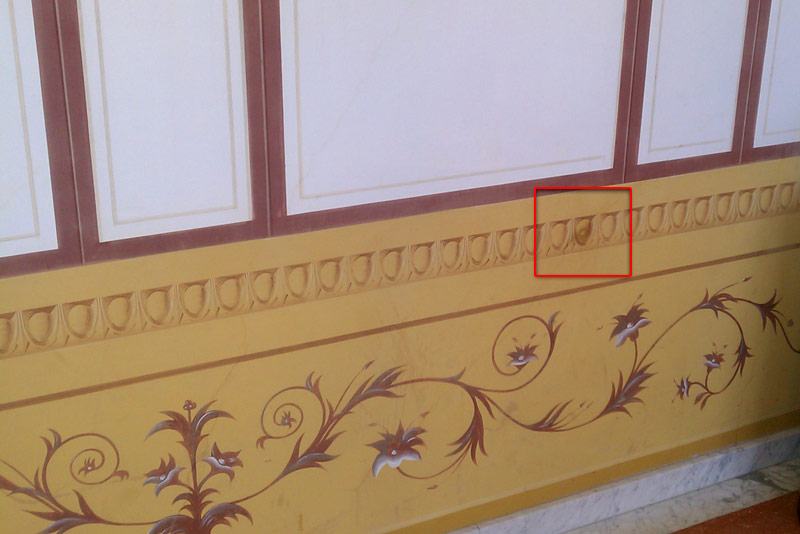 One of the eggs in the pattern appears to be broken

We spend at least five minutes to admire this little egg while we could have ignored it. You can imagine how much more time we spent on the paintings, the entrance of the villa, and other bigger art pieces.

I even went back to the Getty Museum with a tour guide because I felt like I had missed so much. 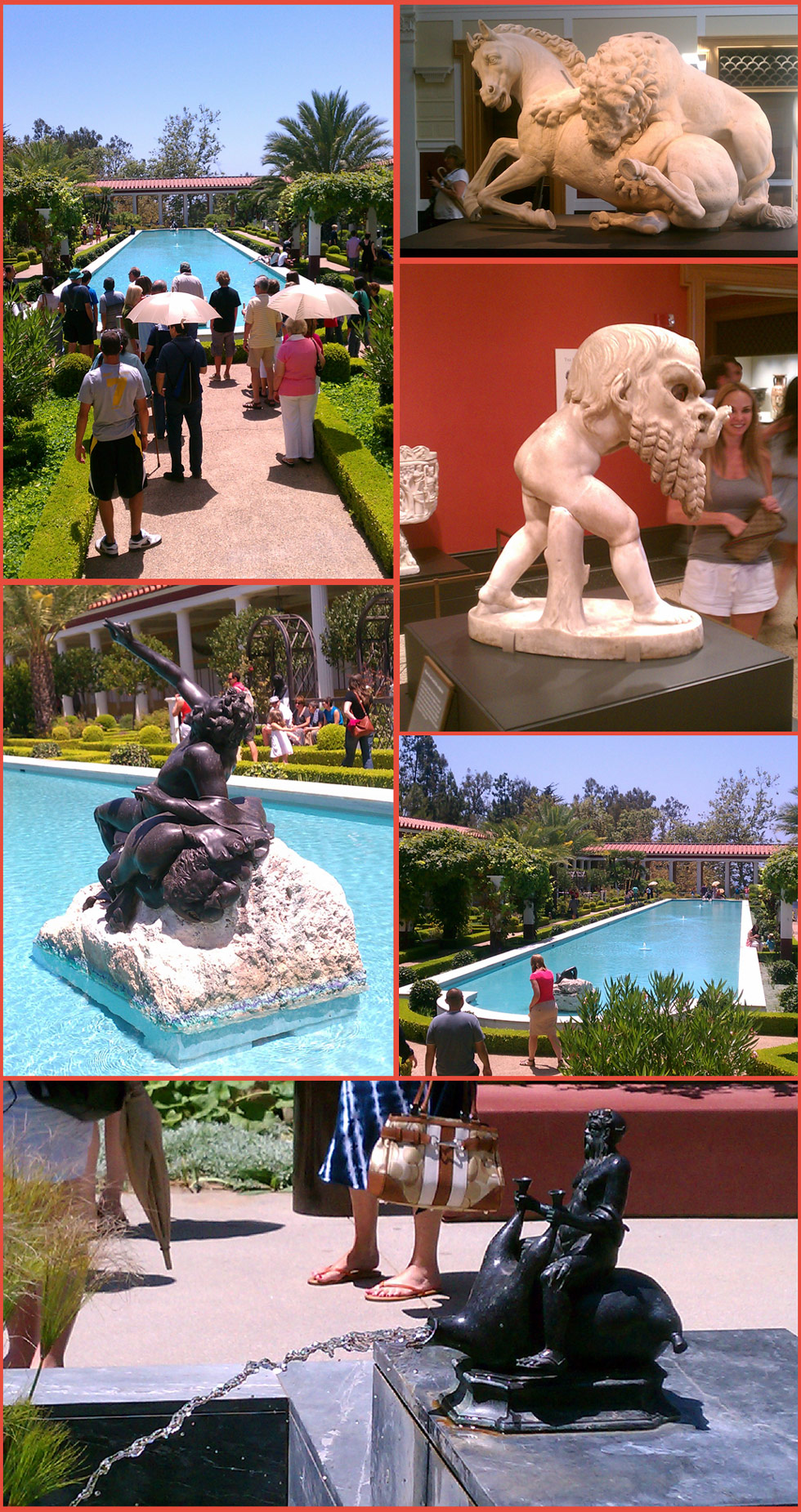 In the movie Pompeii, one of the villas was an exact replica of the Getty Villa.

Art that has a story is much more interesting.

I usually spend some time looking at art on the CGsociety.org. There is a gallery where artist post their work. Most of them are very impressive. But the best images are never the one that look the most realistic. It's those that inspire a story that are remarkable.

Some images strikes first as beautiful, but you don't spend more than 7 seconds on it, because there isn't much to see.

Let me show you two images: 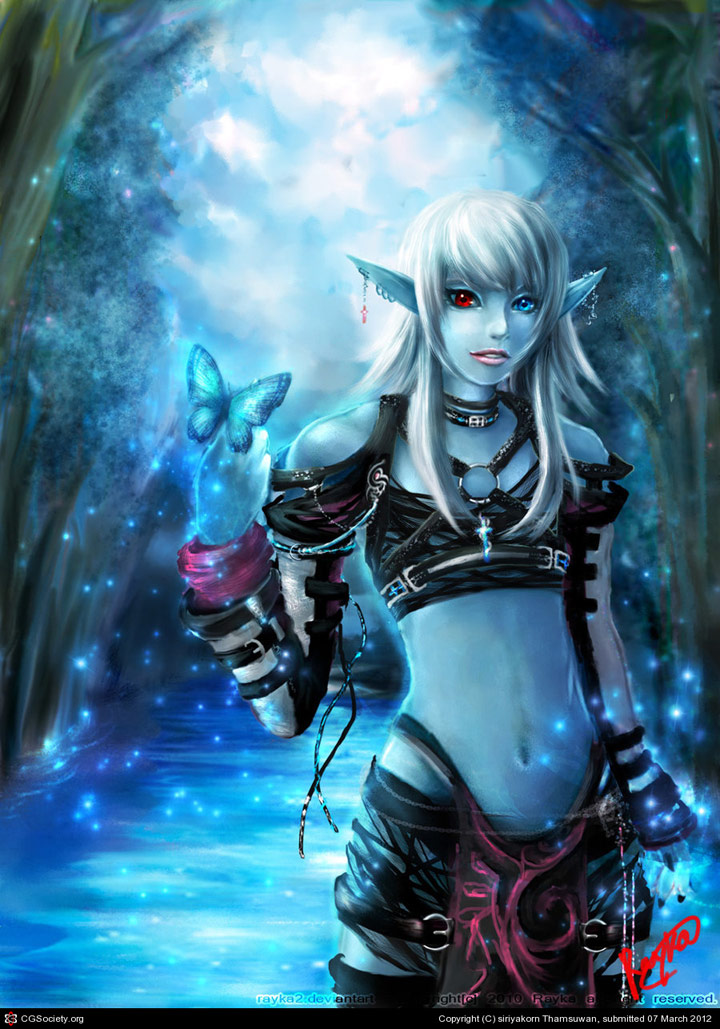 The image strikes as impressive at first. It looks nice, then you move on.

The blue and red tones are interesting. But to me, it looks boring. It looks like one of the million elf drawings you can find on the rest of the website. The other problem with this image is that it has no story.

The quality of this image could be improved simply by adding a story to it. If the author wrote a paragraph talking about the inspiration to this image, just knowing the story would improve the overall experience. Not every picture speaks a thousand words, some pictures need a caption. 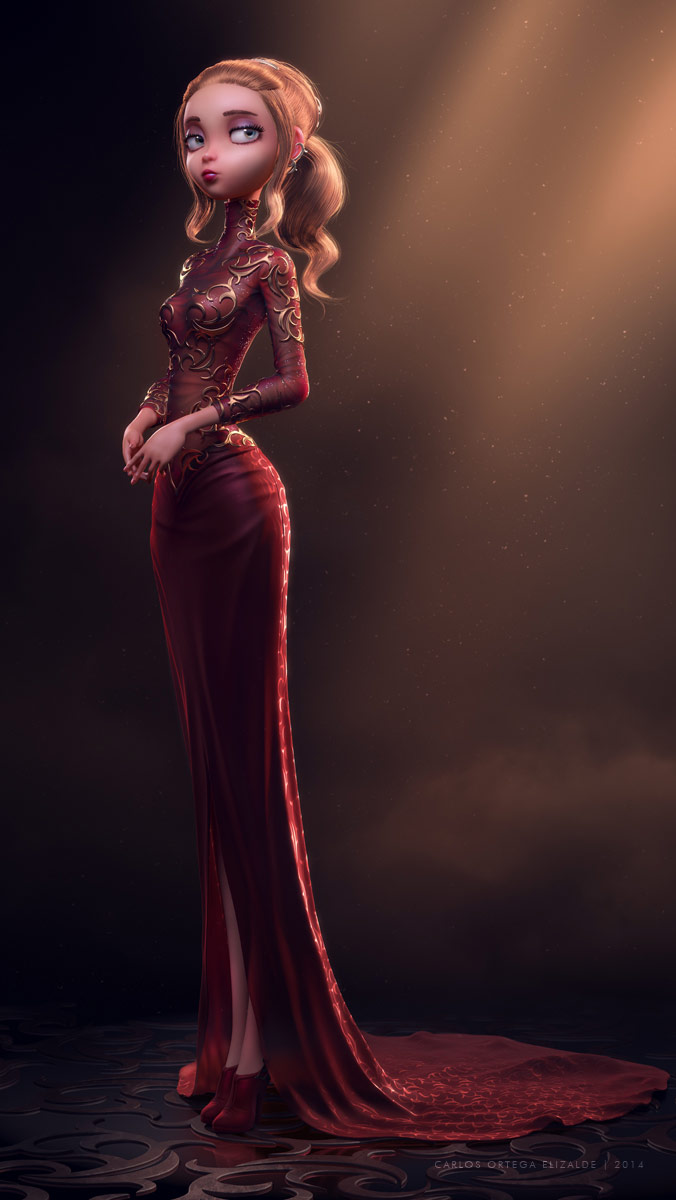 This image by Carlos Elizalde needs no words to be described. The picture speaks more than a thousand words. First of all the title matches the colors. It is not even photo realistic but the character has character. The expression on her face, her posture, her hands, you can almost hear how she sounds like. She is probably the long lost third sister in the movie Frozen; she has the power of fire!

Art is when you feel emotional after the furnace scene in ToyStory 3; you never even once remember that you were just watching a bunch of toys in 3D: 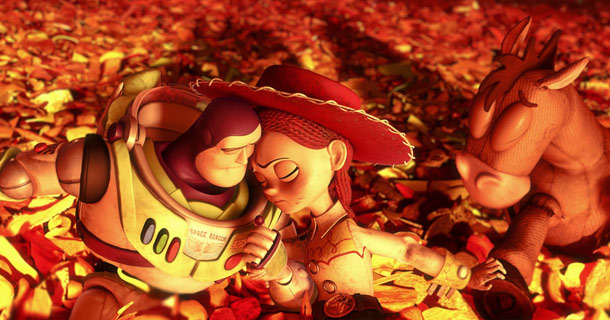 Art is when you can picture a song. Feel the light and spiritually transcend when listening to Apotheosis.

Art is the magician that shows you how the trick is made and still fools you with the same trick.

Art is the story.

What is your story.

Follow me on Twitter, RSS Feed
Next: Making decisions is an emotional problem, not rational
Previous: Do you know why no one wants to help you with your amazing idea?

Every once in a while I find a few tricks that make me more productive. I post them right here on the blog. Productivity is relative however. What is a productive day? Sometimes I go to work and spend the whole day working without checking YouTube, reading blogs or news, and I feel productive. But when I get home, I am tired and I sleep until the next day. Then I feel like I have not been productive toward something else.