I got out and smelled the fresh air instead. My reasons were rational, I was now a grown man with responsibilities. Woe were my days of gaming. But when Metal Gear 4 came out, I bought a PS3.

My rational disappeared instantly. And after I got the game, I came up with a perfect reason for those who asked why I got a PS3. "I'm a huge MGS fan, I followed the series from the very early days in Nintendo." So it was easy for me to justify buying a console just for one game, and spending a large part of my day just playing.

I played video games for a couple years then gave up once again. Two years later, a single game got me back into it. Even though I see myself as a logical man, all I needed was a small emotional trigger to bypass all the reasons I had built up not to get back into gaming.

If you ask a consumer today, why they purchased the iPhone or a Samsung Galaxy, the reason will be perfectly logical. Here are some comments I got:

These are all valid points but it is by no mean the reason why anyone should buy those two phones. We buy it because of how the phone makes us feel.

In a chaotic Highschool classroom, a kid, in the center of the room, pulls out his iPhone when the teacher is not minding him. Suddenly, there is order. Silence. He just became popular. 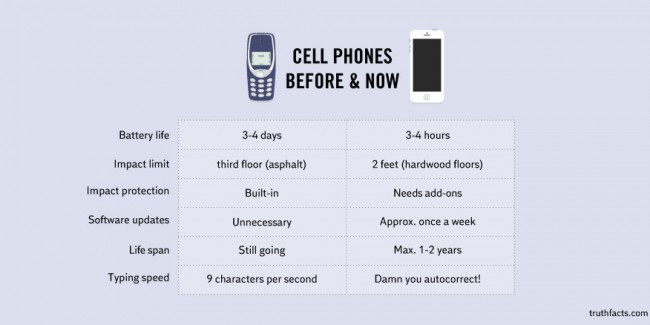 The expensive price of these devices (compared to a brick phone) is completely justified. The dumb phone, as we now call it, was built to fill a need. Portable telephone. The smart phone, although revolutionary, is mostly a social status up-lifter. The price is for the uplift. 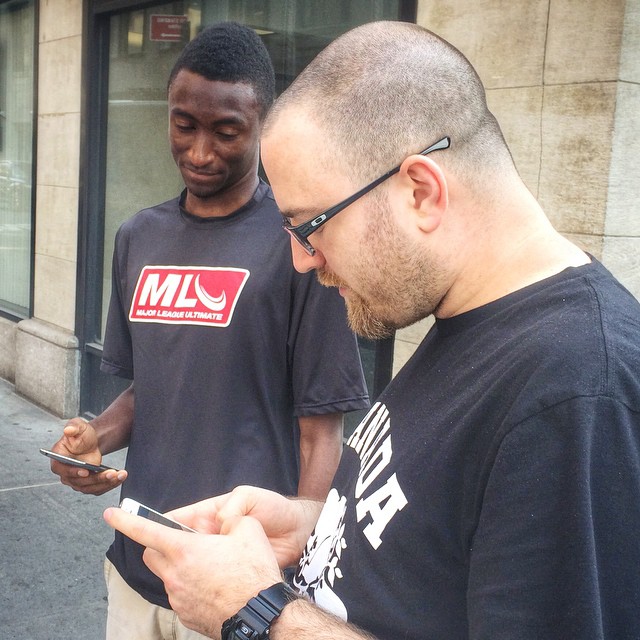 When the PS3 came out, some of the devices sold for $8,000, $9,000, and even $16,000. Note that the original price was between $499 to $599. Why would anyone buy it at this price? The interesting thing is people who bought it wouldn't quietly enjoy the device and their games at home. They showed it to everyone. As a matter of fact, there weren't even good games when it came out. There are never good games in the beginning.

The goal of buying it at this price is to show it to the rest of the world. People posted pictures of themselves with the PS3 like it was a romantic photo album. The glamour of being the first to own it.

If you ask those people why they got it, they have a perfectly logical reason they made up on the fly. The process is, get something that makes you feel good, then come up with a reason why it makes perfect sense to own it; not the other way around. Some other times, they don't have a reason:

Recently a friend of mine that works in an expensive home furnishing store sold a framed picture valued at $3,000 (I know, but keep reading). The picture was taken by a famous photographer I never heard of, but I assume the customer knew what she was buying. The customer came back a couple days later to pick up the picture that was supposed to be nicely wrapped and boxed.

My friend did not know where the box was placed, so he asked the warehouse guys to check in the storage. They couldn't find it, but knowing what it looks like, they saw the same picture displayed in a showroom. They took it down, wrapped it and gave it to the customer. Everyone was happy.

A couple days later, the salesperson that works in that showroom noticed that the picture was missing. He asked around and was told that it was sold. The inventory system didn't reflect the same. After a little search, they found a small box with the order number of the piece that was sold for $3,000 dollars. The salesperson crumbled on the floor.

The picture they sold was a smaller and cheaper duplicate. The one they gave the customer was signed by the famous photographer and valued at $25,000.

They called the customer telling her that the picture they sold her was defective and were lucky that she hadn't opened the box yet. They comped the delivery and exchanged the pictures.

Now, they keyword in this story is cheap duplicate. The amount of ink, the paper, and the frame of this picture are by no means more then $15. But a cheap copy sells for $3,000 while the original sells for $25,000. The customer could live without it, she didn't even open the box for 2 whole days after purchasing it.

But she willingly invested this much money in this picture because of how it makes her feel. There is no logical explanation. But I am sure if I had the chance to ask her why, she would tell me that if she could she would purchase the $25,000 one.

What she really bought the social uplift from shopping in an expensive store.

A friend of mine who is vegan, always reminds me how everything I eat is going to kill me. I've learned to live with it. Sometimes we talk about how crazy some of the things you find in a fast food are.

One example is the KFC chicken bun. I don't know how it is called, but it is a bacon sandwich where the bun is substituted with chicken breast. (I know). The other is the health warning sign found in McDonald that says "Chemicals known to the State of California to cause cancer [...] sold here". Despite seeing this while waiting in line, people still eat there. I still eat there.

After having this conversation with her, we got very hungry, and it's not that convenient to find vegan food past 1 am. So we went to Carl's Jr. You can come up with a million logical reasons why it is not a good idea to eat at Carl's, especially if you are vegan. But sometimes, hunger can make you feel different about the very food you hate.

It is easy to think that we only make logical decision. In our head, even an emotional response is logical. One way I found that most of the things I do is emotional rather than logical is by watching old footage of myself. Things that made complete sense at the time seem absurd today.

Just ask yourself these questions and you might find your brain trying to come up with false reasons:

The power of holding two contradictory beliefs in one's mind simultaneously, and accepting both of them... To tell deliberate lies while genuinely believing in them, to forget any fact that has become inconvenient, and then, when it becomes necessary again, to draw it back from oblivion for just as long as it is needed, to deny the existence of objective reality and all the while to take account of the reality which one denies - all this is indispensably necessary. Even in using the word doublethink it is necessary to exercise doublethink. For by using the word one admits that one is tampering with reality; by a fresh act of doublethink one erases this knowledge; and so on indefinitely, with the lie always one leap ahead of the truth. — Double Think

Making a logical decision is always driven by emotional reasons.

Follow me on Twitter, RSS Feed
Next: How much should an ebook cost
Previous: The story behind art is the Art

The most common response you get when you ask people why they don't spend more time doing what they love or on their side project is: "I don't have time". Other times the answer will be, "I am too busy". It seems to be the norm to accept that there isn't enough time in a day to do what you really want.