When your only way of entertainment is to consume you are sure to experience boredom.

Boredom or Borodialis Indom in latin, (I'm totally lying), is the feeling of not knowing what to do next.

It is often confused with running out of things to do but in reality it happens when you haven't done much in a long time. You might say, well I was just watching a movie, texting, or playing video games, and I will say exactly. 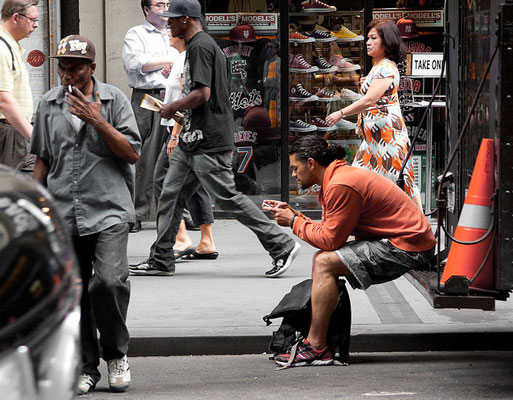 When I get really bored it's my signal that I haven't produced anything. The days I work, I don't have time to be bored. By work I don't mean sitting in an office and looking busy. I mean doing something I can check off a list and talk about.

Anytime I write on my blog, write code to solve a problem, create a video, take photos, or create anything for that matter, I cannot be bored. The process of creating something leads to discovering things you would have never thought of.

It's not the same feeling you get after watching a movie. When you binge watch on Netflix, all you can think off is binge watch some more. And sometimes, you feel horrible when the day is over and you haven't produced anything.

The sure way to fight boredom is to constantly produce things. Whether it's writing, making a video, creating a song, drawing, painting, whatever it is, the more you produce, the more the concept of boredom becomes foreign to you.

Only people that don't produce get bored.

What do you do when your idea is already taken

More concerned to keep your job than to do your job

There are those jobs where you are constantly worried about getting fired. Your co-workers warn you every time the Boss is on the premises. It's stressful. You have no freedom. You owe your employer a Job. It's like they did you a favor and hired you. This Great Depression mentality somehow managed to survive the test of time.