Last January I decided it was time for me to get back to winter sports. This time I was better prepared then the last and I went with some professionals. There is one thing anyone who ever went snowboarding will tell you. You will fall. It won't be a graceful fall. You will fall on your ass and it will hurt. 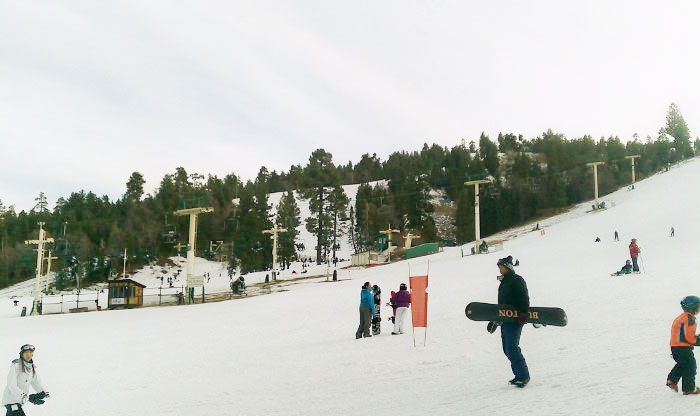 I was born and raised in desert countries, our harsh winters were a cool 66°. That was very cold for me. The first time I went skiing it turned out to be the biggest storm of the year. My beginner's class had to be cut short because we couldn't see the instructor standing in front of us.

This time it was different. I followed my experienced friends and went all the way on top of the mountain and ditched that beginner's class. My first fall happened while getting off the sky lift. We laughed about it and went on our way.

I found a nice little bench where I sat and secured my snowboard. I watched as people jumped and disappeared into the slope ahead of me. The instructions were simple. Stand up, point my stronger leg forward and slide. The back leg would be used to steer. If I wanted to go left, I would kick my back leg to the right and point at the left and lean towards it. 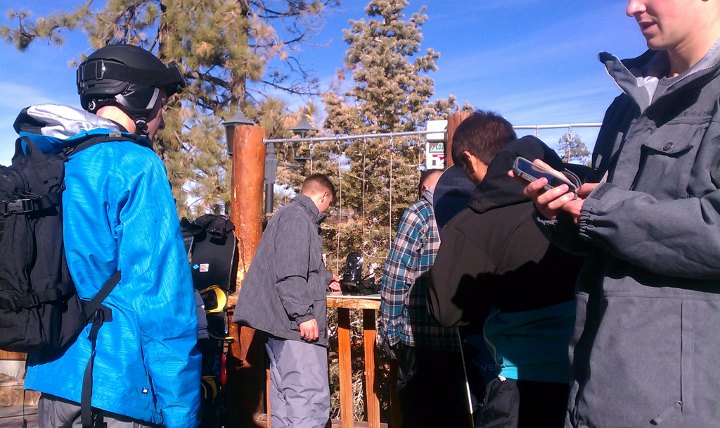 In theory this seemed feasible. But in practice I couldn't stand on the board for more than a second. I would try to stand up and fall. I had very limited movements because both my legs where strapped to the board. I tried in vain until my friends came to help me. I managed to stand and slid a few feet and fell. This was good news because at least now I could move forward.

It was a very slow process but persistence is recipe for success. It's OK to suck at something. The more you try the better you get at it. I would look around and see a hundred people in the same situation. Some of them just sitting and not even trying anymore. I didn't get it. Why would someone come all the way up here and then give up. "Idiots!" Well it didn't take long for my question to be answered. 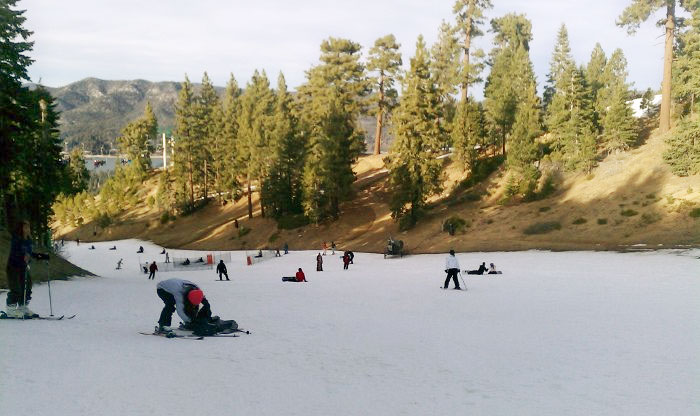 I got up one more time from my many falls and this time I was determined. I pointed forward and slid. At the curve, a swooshed my leg to the right, sliding left, so close to the ground I could taste the snow. My hand gently caressed the snow as I stood back up like a pro. I kept on sliding and picking up speed. I was totally in control dude.

Far down the slope there was a girl sitting down. She wore a neon pink jacket you could spot 3 miles a head. It caught my eye. I was told that if I want to go in a direction I would have to look toward it first. Well I didn't want to go towards her but I was looking. The pink jacket was distracting and naturally I went toward it. I was still picking up speed but I couldn't turn elsewhere because, well the shiny neon pink jacket.

I was getting closer and I didn't know how to stop. In despair, I decided to let myself fall back to avoid collision. Either my falling mechanism was broken or I was hypnotized by the neon pink jacket. I couldn't fall back, gravity was pushing me towards her at an increasing speed. I watched helplessly as I was getting closer and closer to the unsuspecting victim. It was a wide field, where a hundred skiers could go down the slope at once, but to me it felt like I was in a linear 2D platformer game where I could only go forward. The next thing you know, Bam! 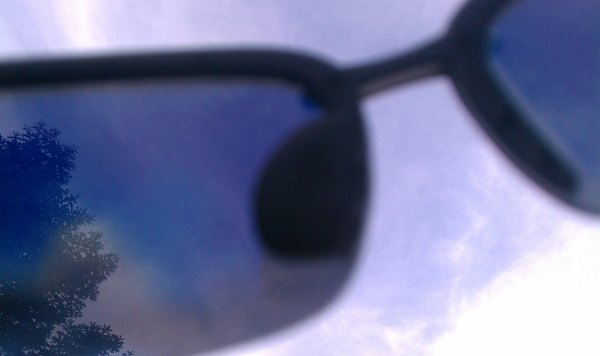 I'll spare you the details of the collision but luckily she was not hurt. I wasn't either, at least not physically. Emotionally, I was terrified. I lost all my confidence. It was OK for me to fall when it didn't affect anyone but now that my failures could hurt others, things were different. I was terrified by the fact that I could hit someone and hurt them.

I wasn't even half way down the slope and now I didn't know how to go down. I crawled an inch at a time with lots of time spent watching my back and imagining the worst scenarios. I sat down for a while and watched people having fun to help rebuild my confidence. I stood on my trembling feet one more time and went down slope. This time I felt paralized, I went straight for the dirt and collapsed spectacularly. 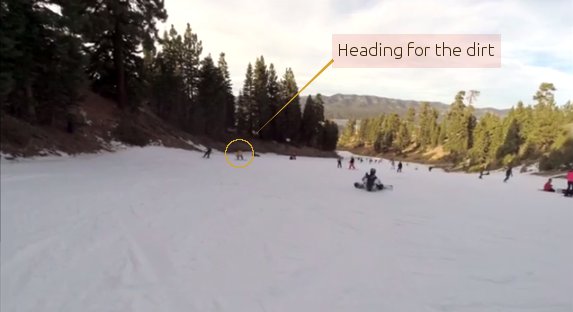 Aiming for the dirt

I laid there for a while watching other poor souls being hauled down by the emergency services. I wanted to asked for help but when the guy with a red cross shirt looked at me, I gave him a thumbs up as if I was simply resting, upside down on the dirt. I didn't attempt to stand up anymore.

I couldn't believe it. This wasn't possible. I am a problem solver and a very fast learner. Any problem thrown at me I solve it. I find solutions. That's just what I do. But here I was stuck in a snowy mountain not being able to go down. Helpless! Despair. I didn't want to quit, but there was nothing I could do.

I became one of those people who had given up. Not going up, not going down, just sitting there. I had failed. So I settled for watching the scenery. This was the end of my snow boarding but I was still not down the slope.

Picking up my last bit of dignity, I decided it was time to throw in the towel. I unstrapped my gear, threw it on my shoulder and walked down the mountain in shame. I walked and walked, when I turned to look back at the slope, there were at least 10 people following in my footsteps. Losers, just like me.

We walked down in shame, avoiding eye contact with those who were having a good time. That included some 3 to 4 years old having the time of their lives. 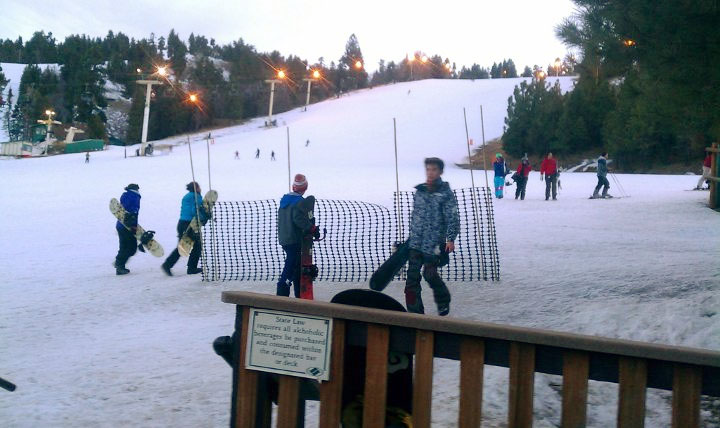 It's an awful feeling to fail. This feeling of being helpless was familiar. Before working at a full time job I was freelancing. I remember some customers telling me that they are not happy with the product and won't pay me. It didn't matter how much I argued they would just say no and hang up. I felt cheated and helpless. I would just have to go home empty handed. It would feel even worse when I knew that my family depended on me. 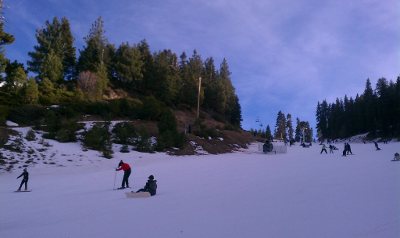 The experience I had snowboarding had affected me deeply. Because now I know that I can't snowboard. Does it mean I can't do it again? Well guess what? A few month after I still went back and it was still painful. Better, but painful. The second time, although the memory of crashing on someone was still there, it wasn't as vivid. Thank God our brain forgets. I managed to go down the slope a couple times with an equal number of falls if not more. And one more human collision but at a slower speed.

All these emotions come back as I am taking the decision to quit my current job. This time I am not getting fired. But, I don't have another job lined up. I am going to try working on my own projects. I figured the time I spend at work could be used to create something of value for myself.

The few people I have told have called me an idiot but no one has called me an idiot for taking a lower then average web development job in the first place. The norm is to just get a job and be proud. But I think I have done my fair share and it is time to face this thing that terrifies me. Give myself a shot at success.

I know the feeling will be similar to my snowboarding experience. I might fall and fail hard. I might be miserable for a while, I might go home empty handed. But I rather take this risk even if all the ideas I come up with will be terrible. I rather fail in my own endeavors then sit down and change the font size of a website I don't care much about. 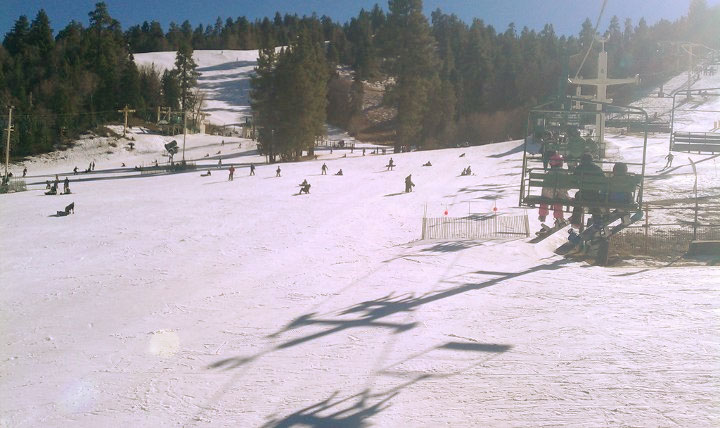 I want to step out of my comfort zone and do something I can brag about one day. I want to have the freedom of not having to negotiate with a boss to get an extra twenty dollars on my paycheck. If failure is what I have to go through then so be it. Worst case, I find a new job, save some money, and give it another shot. The win in the horizon is much greater then the fear of taking a risk.

Next time I write, I will be unemployed!

Follow me on Twitter, RSS Feed
Next: It's time to face the music
Previous: Why I keep playing video games