When you start a new subject, you go from being clueless to even more clue less. In the education world, we talk about the steps one goes through to learn:

The first hundred hours is usually still in the first step. Not knowing you don't know. It is the initial thrust that lifts a spacecraft into the air. It requires the most energy but it is the most important. The first 100 hours are just that. Once You are outside the earth atmosphere, not much energy is needed.

The beginning is hard, it is harsh, you don't even know what you are learning at first. I am currently experiencing this while learning Drupal. I took a contract for a Drupal website not knowing how complicated it will get.

I have many years of experience building PHP web applications, how hard can Drupal be? Drupal is built using PHP, it shouldn't be too different then WordPress. These were my worst assumptions. They created a narrow scope in which I focused on problems that weren't really the problems.

I assumed I knew what I don't know (second step) because it was PHP after all. I could start working on it right away, consulting the documentation for specific tasks as I go along. That was completely wrong.

In reality, Drupal is a completely different beast. Every solution I tried to apply was faced with a giant road blocked. I downloaded the code and started reading it. Following index.php, .htaccess, trying to locate myself within the code. This could work if you are working on Symfony, CakePHP and other popular frameworks. But not on Drupal.

I wasted my days trying to trace the process while I could have simply followed a few tutorials to get me started. I assumed wrong. I should have started as a complete beginner despite knowing PHP very well.

The first hundred hours are frustrating, especially if you take the wrong approach to learning. When starting a new project, even if you know parts of it, approach it as a complete beginner. Being expert can certainly blind you:

Being an expert can actually hinder you from seeing things as they are, because a lot of things operate in muscle memory instead of being carefully processed. The advantage is that you don't worry about the small details, which is an inconvenience also because you might overlook small details that are slightly different than what you expect.

I'll pretend I learned my lesson. Even for project that use known frameworks, no teams use the frameworks as stated in the documentation. So it is best to approach it as a noob and be ready to learn from others. Hopefully this makes the first hundred hours less stressful.

Follow me on Twitter, RSS Feed
Next: Something about learning new things
Previous: Generating URLs in PHP

Shut up, let me tell you my story

Everybody wants to be a good listener. Actually, I think deep down everyone thinks they are great listeners. It is easy to pass as one, at least in theory. All you have to do is keep quiet when the other person is talking. But then they say something that you can relate to, like how they went skiing over the weekend. Now you want to tell them how you went too a couple weeks ago and that it was the biggest snow storm of the year. But you can't say it because they are still talking. You don't want to be a bad listener now do you? So you start thinking, "uhuhing", and waiting for them to finish talking so you can tell your story too. You are no longer paying attention. Just waiting for a long enough pause so you can take over the conversation. 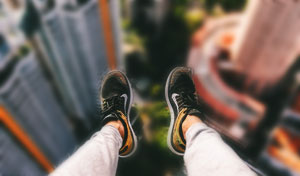 When you reach the edge, the trick is to use your experience

PHP is the webs most popular language on the web. Some insist that is it not a programming language at all but a scripting language. It doesn't matter to me as long as I can do the work I want. I learned PHP like everyone else, by reading a tutorial from an author that was just one function ahead of me. It didn't matter that we were all clueless, the important thing is that some people where teaching and others were learning.