I had been tinkering with all sort of devices since I could remember. Everyone knew that I was destined to work with electronics. My parents knew I would be a great engineer and make the family proud. But after a couple classes as an electronic engineering major, I checked my wallet and realized that I was broke.

For every class I took, there was some material to buy. Some soldering kits, circuit boards, goggles and what not. Unlike when I was a kid, I couldn't just go into dad's tools shed. Here I had to buy every single thing and I did not have the money for it. So I left the hardware business and went into software. In software, all I needed was a $50 laptop and I was set for a rewarding career.

Don't run away just yet, it might be a pretty good idea. If we can put our vanity aside, the one every company has when they pretend like they are only 2 years away from a fully autonomous car a.k.a a Level 5, maybe we can build a working model for self-driving cars that can slowly grow into a reliable transportation system. 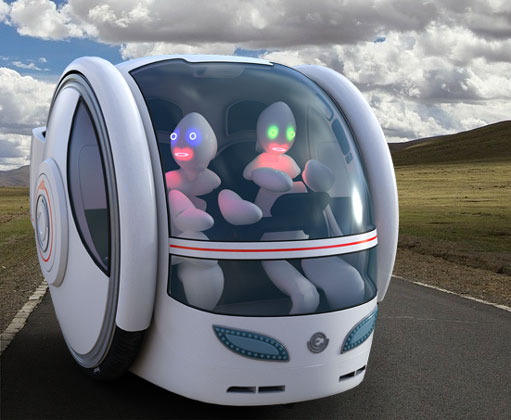 How did we get here?

Let's do a thought experiment. Let's pick a modern car at random. Honda Civic 2017. It's a nice reliable car, it doesn't consume too much gas, it is affordable to most, and it requires fairly low maintenance. I know because I drive one (I did say I couldn't afford a LIDAR).

In those days, the concept of car dealership was not invented yet. If you wanted a car, you had to go straight to the inventor. The inventor would probably be the only person with a motorcar in town. And the motorcar could easily double down as a horse carriage in case it gave out. Let's call this guy Karl Benz.

Let's bring our brand new Honda Civic, so he doesn't feel too lonely on the road. Maybe we can even drag race.

Let's slowly creep from behind when he is waiting at the red light, then smash the horn and he will jump out of his seat. He knows the sound of a horn because he has one too, but he has never heard one so loud. When he comes back to his senses, let's swerve to the next lane, right next to him, and lower the electric powered window. Direct eye contact.

When the light turns green, let's burn the rubber for a moment, our eyes never leaving his, the tires spinning on themselves as long as they need to show him that whatever that thing he is riding on is, it is no match to our fossil fuel powered four-cylinder engine. Then zoom!

We don't even need to break the law. At 40 miles an hour, as marked on the street panel, he will turn into a small dot in the rear view mirror in no time.

Now the defeated inventor has to go back to his dear wife Bertha and ask her for some more money so he can pimp his ride. 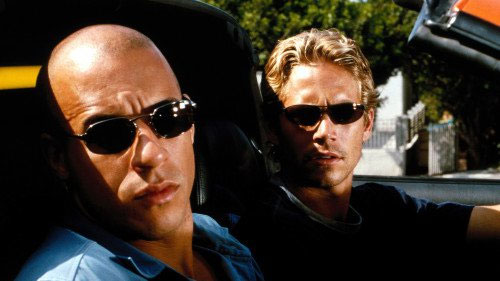 OK, maybe I still have the taste of Fast and Furious in my thoughts and this is not exactly what will happen.

First of all, the streets. In 1885, some streets were paved indeed, but run a 3,000 pound vehicle at a 40 miles an hour speed and you will see the rubble stone flying out in every direction, crashing into, and killing people.

The car is just being invented so there are no rules on the road. You won't see nicely drawn lanes, you won't have stop signs, you won't have speed limits posted every where, and you certainly won't have a cop in a motorcycle ordering you to stop on the shoulder. But most importantly, you won't see mindful citizens who know how to deal with a 3,000 pound machine.

The roads were in no condition to handle motor traffic. And the car was not designed with the road in mind. Bring a modern car into that era and it will fail in a record time. Drive a Jaguar in the jungle and let know how it goes.

The cars we have today grew along side the roads. They had those skinny bicycle-like tires because they were light and only needed to take the rider around the city. The gas tank didn't need to accomodate a 200 miles ride.

As cars became more popular, so did the need to go further. As the roads expanded, so did the design of the car. More cars on the road meant we needed a new way for drivers to communicate while they are buzzing 25mph. Turn signals, hand gestures, brake lights had to be invented.

Everything needed to come in order at a small scale to get to where we are today. Gas stations couldn't be built throughout the US before there were any cars on the road. Instead, gas stations were built where the cars were becoming popular. What if cars were only a fad and we had wasted so much money?

The point is, we built things as the need for it grew. And the need grew slowly, which allowed for building small scale infrastructure one city block at a time. The car came along and an infrastructure followed right behind. And then they both evolved in tandem. 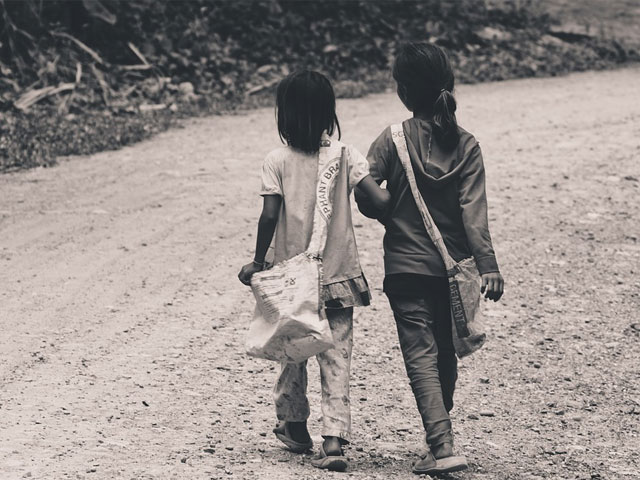 Self Driven Cars or SDCs

With self-driving cars today, we are failing because we are trying to bring the car into the wrong infrastructure. Saying we are going to start by rebuilding the entire infrastructure to accommodate the new technology will also not be realistic. What are SDC manufacturers supposed to do? Wait for the roads to be safe before they can build cars? The roads will never be safe enough.

What we can do first is admit that SDCs will never be Level 5 with the current infrastructure, and we cannot build an entire infrastructure first before we allow SDCs. So let's pretend like we are in 1885 and accomodate the SDC to a smaller area.

Which small area you say? A quick googling showed me that there are around 30 companies currently in the race. Every single one of them have giant campus-like headquarters. There are cars buzzing around left and right, people walking around. This is the perfect place to get started. How about making SDCs a norm in those campuses?

We know how to build sensors, cameras that can read signals, we are experts at collecting data.

It's a controlled environment, it's small enough to not require substantial amount of money to build an infrastructure. When it feels normal there, grow in the neighborhood. Silicon Valley has plenty of rich cities that would be eager to be the firsts to accommodate SDCs. Build sensors there, retro fit the roads the same way we drew lanes on the ground and added traffic lights to guide drivers.

If small cities are retrofitted, those who buy self driving cars can safely switch to autopilot in those areas. And those cities will boast about how there are no accident in their town. And jealous cities close by will try emulate even if they can't afford it. In the US, they call it Keeping up with the Jones. A known syndrome.

Currently, if a car company in Nevada is working on an SDC, they have to make sure that the car can drive in Snowy weather. Why? Why not build the perfect car for your current environment. And let the company in cold country deal with the snow SDCs. Do the small stuff.

The first gas station in the United states was built in 1905. That was many years after the first car started rolling. The second station took 2 whole years to follow.

Today, every company wants to built an arsenal of SDCs in a very short and unrealistic time span. But let's be realistic, it's not gonna happen. They are jumping head first into car infested roads. It took years for the current cars to win our hearts. Those 3 tons steel machines with explosion powered engines conveniently located right in front of our crotches.

The current gen SDC is driving blind. It's like a car driving among a herd of horses. We can try to be careful but eventually a horse will come crashing down on us. Let's start in campuses, and small cities, where we can afford to add sensors at a small scale without needing a complete revamp. Let's make sure the car works there first. Imagine a bus service in mountain view that requires no driver. It's a known route with very little variation, and it works just as intended. If the next city wants the same buses, they can outfit their streets with the sensors and they too can enjoy this feat of technology.

We are building the next phase of transportation. The only way we are ever gonna get there is through small incremental upgrades.

Follow me on Twitter, RSS Feed
Next: Tell them about the Options
Previous: No one wants to buy my product! 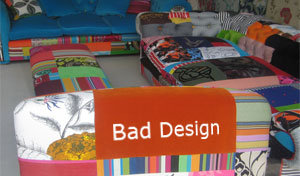