When I was growing up, I never paid attention to the cleanliness of my neighborhood. When you finish drinking your soda, you throw it away. Anywhere, it didn't matter. It's not like I was a hooligan, it was just what you did. Whether it was a soda can, the rest of your sandwich, a plate of food, or a car battery, you just throw it in a direction furthest from you. The grown ups did it too, it was all too normal.

Fast forward to today, I am sitting in a park and I see no workers actively picking up after people. Yet, the park is clean. So clean that it feels unnatural. I see a little boy with a plate of food walking towards a trash can. A little girl comes out of nowhere and pushes him. The plate flies and all its content lands on the ground. "You're IT!" she yells then runs away. He tries to catch her but instantly stop. He grabs his plate from the ground, puts back all the stuff on it, runs to the trashcan and throws it in. He runs as a crumbled used napkin falls back on the ground. He stops, picks it up, throws it back in the trash, then chases the girl.

When I am walking down the street with a gum in my mouth (believe it or not I can walk and chew at the same time), when the flavor is out I have a constant battle in my head. My mouth clearly rejects the flavorless rubber but my brain does not allow me to randomly throw it away. Somehow the culture of keeping the streets clean is deeply ingrained in my head.

On the rare occasions when I have to leave something behind, I tuck it away in a little corner out of sight like a common thief, I have to consciously clear it from my memory. Brain asks "Why?", I threaten "you want me to cut the oxygen now, do you?"

Even if you don't care about keeping the neighborhood or the park clean, seeing a piece of trash where it does not belong will seem odd. The city does its job by hiring workers to make sure the park stays clean but they can't possibly do their job if everyone made a conscious effort to make a mess.

If for some reason a park was very dirty, adding more workers is not gonna solve the problem. The number of people will always be greater then the number of workers. The park near Alvarado and 8th is one of the dirtiest I've seen in LA, yet workers are constantly picking up after people. It's like an infinite loop, the moment they pick up, someone throws a diaper behind them, and they have to go all around to pick up the discarded car battery ahead first before coming back for the diaper on which seagulls are feasting.

The only way this park would ever be clean, is if it was frequented by the people who live in the neighborhood. The people who pass through are workers taking a shortcut instead of taking the streets. Chances are they live miles away. They are here for a moment and then they are gone. Keeping it clean is the least of their concern.

Keeping it clean means promoting clean streets in the neighborhood. Educating the community, whether it is in school, the library, or the workplace. The community has to be the main force behind the movement. After the picnic, the kids make it a game to clean up after themselves. The workers are there for the extra stuff, the things that were forgotten, or changing the trash bags.

When the community is in charge, the job of keeping the streets clean is much easier. 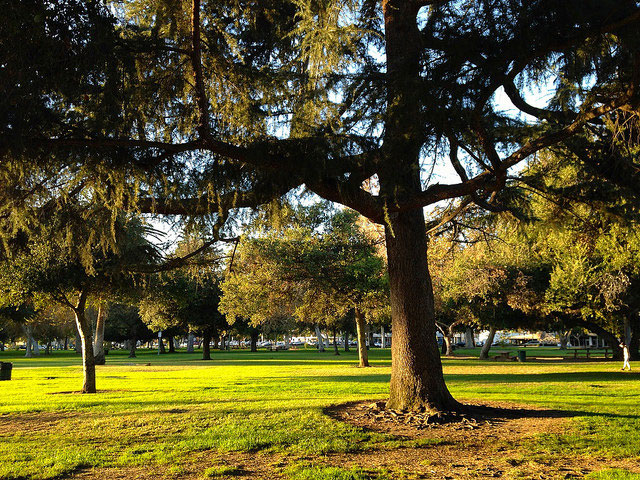 This brings us to online communities. There is a universal effect of when a community becomes too big, or too popular it ends up collapsing on itself.

Most forums suffer from this. The moment someone asks a question, it is buried with replies like "Me too", or "Thank you", or worse, trolling. If there is any conversation it quickly degrades and turn into what we call "YouTube comments" or trash.

Forums have workers, also known as moderators. Like the workers that clean up after the park, their job is to remove the trash from the forums. The job is much harder online because it is not easy to identify trash on the web. Some people have learned the fine arts of trolling, by writing comments that seem intelligent and constructive but if you analyze its subtleties it is just trash in disguise.

An unfortunate feature of the web, only in this case, is its ease of use and availability. An Apple fanboy, looking for iPhone accessories on Google can easily end up on an android forum. Reading all the discussion about the androids he hates, causes him to add his own voice to the conversation, trashing everything people say. Because the web is accessible to everyone, we will see not one Apple fanboy in an android forum, but thousands of them. They are the workers using the park as a shortcut destroying its cleanliness along the way.

Adding more moderators surely helps, but it is not enough at the scale of the web. The community itself has to take charge. This is concept familiar in the Stackoverflow community. When spam, trolling or simply trashing is added to the website, moderators don't need to lift a finger, the community handles the problem. The moderators job is not to pick up after everyone, they handle the special cases. Like if a question was unfairly deleted. Deciding if trash is really trash is a heated debate but while the moderators debate, the community continues to clear up the small obvious ones.

YouTube and Facebook try to use a different approach. Let's think about this for a moment: If somehow, when you throw trash on the street it could lead back to your identity, would it motivate you to not throw it away in the first place?

The real identity online is certainly controversial, but we can say the least that it diminished the harshness of YouTube comments (just slightly). If everything one said online could be traced back to their offline persona, it would certainly discourage them to produce the trash in the first place. But at the same time, it defeats the essence of the internet, an un-policed network of people where no government body can claim ownership.

Back to our internet communities. A community governed website will always have more control over its hygiene versus those who solely rely on moderators. Just like real parks, the leaders would have to ingrain their values into the community in hope breaking the trend of collapsing when too big.

Follow me on Twitter, RSS Feed
Next: The Visitors from Google
Previous: Everybody is in a hurry