My current development machine is a dell inspiron laptop. I enjoy using it more than my desktop. I added an SSD and installed Ubuntu 12.04 on it and it is blazing fast. Boots under 15 seconds (from the moment I press the power button). It is an old computer and I thought it is time to upgrade. I wanted something affordable and went for the Asus K55N, it has Windows 8 64bit by default, gesture touch pad, 8gb of Ram, and an AMD 8 processor. After playing with it for a while, I found out that I cannot have any other OS installed on it. 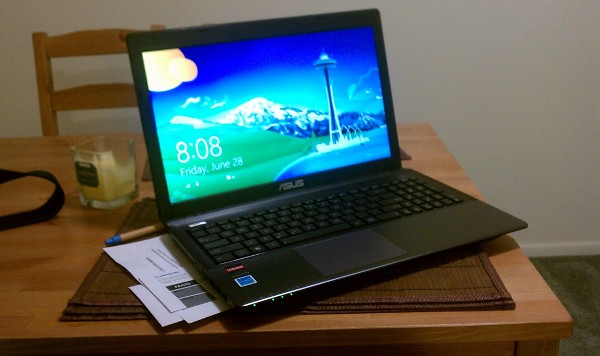 I love Windows 8, there is a little learning curve when you get started but you figure it out quickly. However I do most my development on Ubuntu so I should have it dual boot at least. 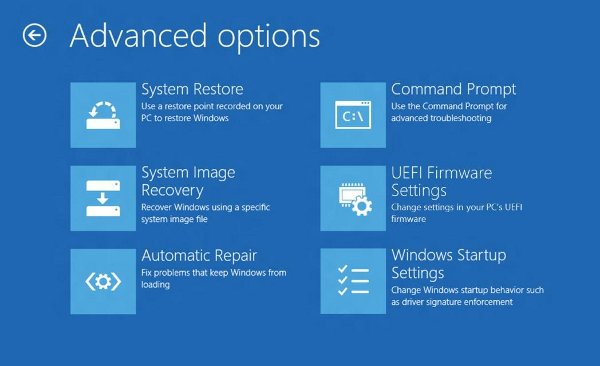 It's been a long time since I had to go tweak the BIOS of a machine. In my last IT job, I had to change the boot order to CD or USB frequently so I ended up familiarizing my self with other features. Apparently with newer laptop use UEFI which is a new type of BIOS. Unfortunately now even booting from a CD is a hassle.

Since I really wanted to install Ubuntu I spent some time on Google found out that I had to disable Secure Boot and enable Legacy Support to select the boot device. That's fine, so I did it and I finally get the Ubuntu grub menu. 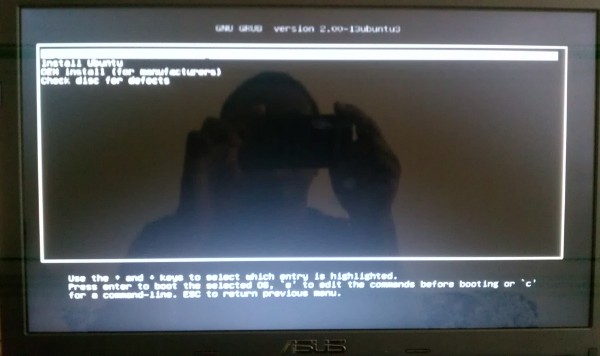 And that's where the story ends. Anything I select gives me a black screen. I googled this particular problem and found out that I can have a sort of verbose mode so I can see what the error is. 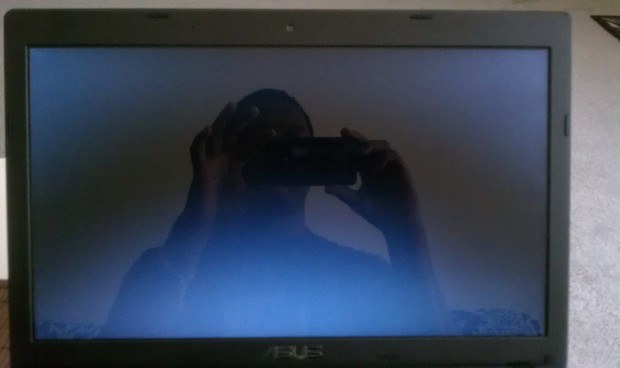 I don't even know what that means. I spent days trying to figure out why it is so hard to install any other OS on the machine in vain. I thought the CD was corrupted so burned a few more, tried to boot from USB, manually run the commands to install Ubuntu but nothing worked.

I later found out that only Ubuntu 12.10 64bit and up support UEFI, but that didn't help in my case. I still get the black screen with "binary whitelisted" message. I called Asus support to see if there is anything they can do, there answer was : installing another OS on the machine void the warranty and they can't help me with that. I got the same answer when I returned the laptop at best buy. The only time Ubuntu installation booted normally was when I ran it through a VM.

There are many suggested fix on line but none of them work for me. People complain about the buggy UEFI. I understand it has advantages like instantly resuming your machine when you open it but it does suck that I cannot install what I want on it. 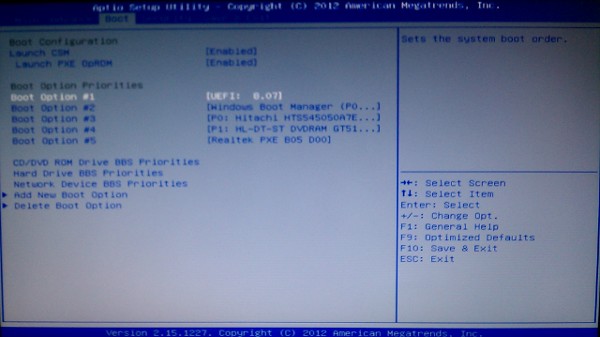 It is hard to find the right machine when I am not sure if it is compatible with Ubuntu, even geeksquad couldn't help (yes geeksquad handle returns at bestbuy). The only way to know if a machine supports it is to boot it with a live CD and try and I did not have that luxury.

Follow me on Twitter, RSS Feed
Next: Smart glasses don't solve any problem
Previous: The fact is that your product sucks. Just accept it and improve it.