Mp3 is not free. I am reminded of this every time I update Audacity. What do I mean by not free? Well you need to buy a license to use the encoder in your application. We don't think about it because we are usually on the consumer side. But the good news is, this restriction expires on September 2015. And what happens when it does?

What is Mp3 really? other than being the most popular audio format, it is a powerful distribution medium that changed the music industry forever. Because of mp3, we can share full length music the same way we share a JPEG or at least just as fast. You can listen to mp3 online even if you have a slow connection because the file size is just so small.

Firefox, the open source web browser, had struggled with this limitation for a while. Firefox cannot include an MP3 decoder in its browser. The problem is Mozilla, the maker of Firefox, would have to pay for a license to include the decoder with the browser. And the license could be quiet expensive. The company that claims to own the MP3 license recorded a 100 million Euros in 2005 only.

Because Firefox is a popular browser, developers have to make sure that users can still play audio on it. This is why you would see 3 or 4 different versions of audio files included. Commercial browsers like IE or Chrome would play the mp3 and Firefox will choose the OGG file.

However, Firefox does support playing mp3. Despite not being able to include the decoder, it does use a workaround to run it. It uses the decoder included with the Operating system to decode and read the mp3 files.

However, this all changes when mp3 is free of its license.

Being on the consumer side, it doesn't change much. But this will be great for open source software.

Mp3 is not an inferior format. Many people swear that you can hear the compression artifacts. It may be faintly possible at 128kbps. But use 192 and you are set.

Music was not as accessible as it is today. The only way I could listen to the songs I liked when I was a kid was when it played on MTV (yes the M in MTV is for music kids!) I'd have my audio cassette recorder ready and hit the record button when it plays.

Follow me on Twitter, RSS Feed
Next: Make no mistakes or no one wants you
Previous: Something about learning new things

Can't contribute to open source? here is how you can.

I am a huge fan of stackoverflow. I am constantly on it and I contribute as much as I can. I can't tell you how excited I was when I reached 10,000 points and was granted access to mod tools. For me I felt like it was natural for any programmer to automatically be part of something this amazing, but it is not the case. I am surprised to find that most if not all of my coworkers don't even have an account. 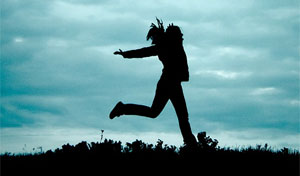 Open source is not a charity