The web is filled with stories or documents we call best practices that, if followed properly, will land us in the same bucket. I do my best to follow them, but there are just too many and those kids are just too fast for me. I don't get as excited about technology anymore, partly because it requires a young fresh mind to learn about all the ruby gems and JS frameworks available.

I stick to the few a know and try to learn a little more about them everyday. At 28, I'm already thinking of adding a porch to my house, and getting a swiveling chair, my voice getting croaky. Get off my lawn… but I digress.

We have dedicated website like the Daily WTF to show the world how bad programmers look like. I know, I even added some of my own WTF right here. But the deal is, what makes those people bad? What makes us bad programmers?

I can tell you right now, as much as I love my code, every time I look back at it, it smells funky. I remember when I was trying to save space and wrote minified styled JavaScript code for a whole website. Talk about maintaining that. I look at the very code I wrote for this blog. There are some awful things that sounded like the greatest ideas until I tried to revisit them. I only keep them there as a reminder that I too am part of the crowd.

But there is a real label that identifies good programmers and bad programmers. The truth is you don't see much of the good code, we hear of it and shun the bad ones that are extensively documented. We know what we hate, what we love is philosophical and live only as an idea that we romanticize in our head. Of all the people I have listed above, I have only read John Resig's code extensively, and that was many years ago. (We all read jQuery didn't we? Spoiler:export did it)

John Resig recently annotated the first version of jQuery and according to him it too, if I may, sucked! But I can still admire him. He created the best JavaScript library in existence.

In a world were everything is becoming open source, we have the illusion where only those that share blood, sweat, tears and tools for free are the noble ones. The names I listed earlier and then some have repos on github that are very popular. Not only they are great programmers but they give back to the community. 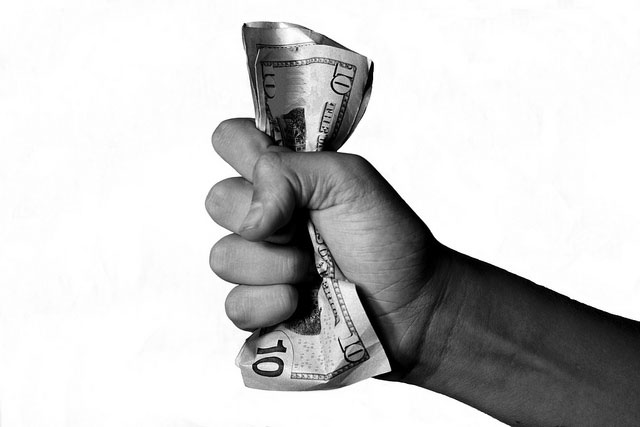 Github is filled with people who give back, (not me... yet), and they all believe firmly that they are making a difference. Where would we be today if people weren't so generous? This very website runs on technology that is freely distributed. The thing that you don't think about though is that all these tools are not made for free.

Ubuntu is free, but it is not made for free. Canonical is 700+ employees company for profit that leads the development of Ubuntu. They get paid.

Blender 3d, an open source 3d platform that get half a million downloads a month is free. The Blender foundation receives donations and pay its employees to continue developing the software.

Android, the most popular mobile operating system led by Google pays its core developers handsomely. I truly think there are amazing people that work on it everyday and I don't even know their name.

Any large enough free software out there has a large team of paid developers that work on it. If you want to know where I am going with all this, it's pretty clear.

The only bad programmers are those who don't get paid.

Hard to swallow but, people get paid. Bad code can be improved. An unpaid programmer, is a bad programmer because he is starving. A bad programmer is one that never realizes that it is a skill, a skill for sale. You can write code on your spare time, nothing wrong with that. You can write the most amazing code that your compiler feels good about. But when you get paid, you understand what it is really like to write code.

Applications that fall under the freedom zero license are still made by paid programmers. Don't be afraid to get paid, even if you are working on open source. You need a roof over your head, you need to eat. The stress of barely making ends meet will get to you eventually. Unless you get paid.

If you want to be a great programmer, then get paid for it.

No more online pamphlet for me

In the past few years, I been have working on creating and maintaining websites. I grew tired of it. Not because the task is boring. I love programming. I would do it just for fun. But the reason why I create website has changed. Maybe it's because I grew up, or maybe it's just that I don't like creating the same thing over and over. One thing for sure is, I will not be working on someone else's poorly executed idea. I will work on my own poorly executed stuff.

When I type 2 + 2 on a compiler I know there is no way the computer will give me an answer other than 4. Computers are precise, accurate. They don't make mistakes.