When Katrina hit 10 years ago, President Bush was accused of negligence. He could have handled it better some say. I don't have the political background or natural disaster expertise to tell you what he could have done, but I can tell you for sure that the event was heavily documented.

Journalist flew from all over the country to be on site. They filmed, they interviewed people, they showed us all the damages from the comfort of our home.

The natural disaster caused major damage in the region and many people where left stranded. However, it didn't take long for aid to show up. Trucks and helicopters transporting food and medicine, and temporary shelters where built in record time. We can argue that there weren't enough, but it was more of a matter of funding than logistic that kept New Orleans in the dark. If the other states contributed more, there would be enough food, shelter, clothing for everyone.

The reason this was possible is because the underlying infrastructure was still intact. By infrastructure I don't simply means roads. If you wanted to help, it was possible. You could go to New Orleans. If a road that led to a region was too damaged to be used, the other roads that lead to it could be used to transport equipment for repair.

In the case of a natural disaster, infrastructure means anything that facilitate the recovery. It could be a system of checks and balances that makes sure that when a module fails the rest of the system can still function and contribute to the recovery of the fallen module. 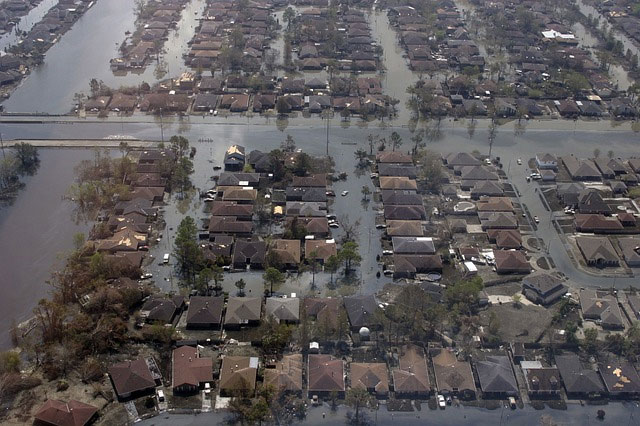 There is no single point of failure. If all plants that power Los Angeles right now were to fail at the same time, we might go in a state of emergency but it wouldn't be the downfall of society. It might take a few days or weeks, but there are enough resources available to make sure the power plants can be made operational again.

Infrastructure is a system that works behind the scene. It doesn't seem obvious when all the parts are working correctly. But as soon as one part fail, all of other parts could be used to mitigate the problem. I recently experienced this when I was driving on the freeway.

Los Angeles' 405 is infernal when you are driving south during peak hours. I was basically parked, trying to internalize my anger, but all of the sudden I started hearing sirens. The firetrucks and ambulances had no trouble going through at, at least, 30 miles per hour. There was an accident ahead and they managed to get through what looked like a parking lot to the rest of us. In case of emergency, despite the traffic and clogged freeways, the system is still functioning.

To those that work behind the scenes, the coordinators that guide the ambulances from their offices watching a giant map on the screen, it is only a matter of watching the traffic and advising the drivers which road to take. There is already an establish system with cameras and traffic data that makes their job easier. They don't even have to get on the scene to provide good intel. I would argue that maybe they don't even need to give advice, the computers have already calculated the best route for the scenario.

Computers today are the big part of the infrastructure. Even if all power fails, we will still use computers to bring the power back up, don't ask me how it works. As the world becomes more connected, the system becomes bigger and easier to manage. We don't need to have a person regularly inspecting a module to assure it works. The module itself can provide real time data of its status. Whether it's a pipe, a street light, a trash can, or a water treatment center, when they become part of the system their failure can be mitigated. 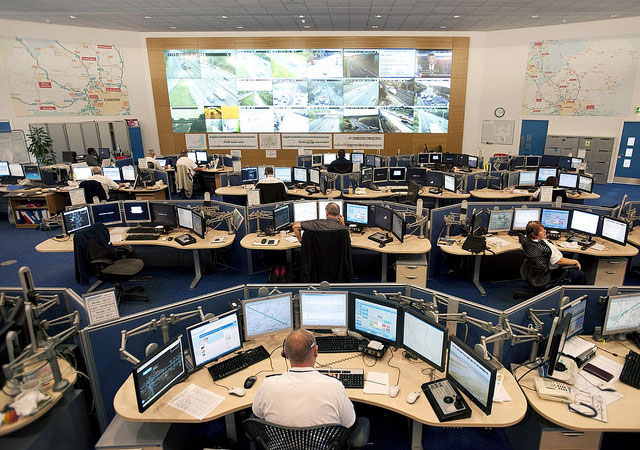 A modern operating system, like the name suggest is a system on it's own. When you plug in a new graphic card it does not support, it will simply resort to the default driver. You won't get your latest high end features but at least your machine will be able to turn on and allow you to diagnose the problem. It might even allow you to go online and download the correct driver for it.

It is easy to ignore the system because it works behind the scene. Most of us have no clue what it takes to make a computer. To extend a Seth Godin's quote, there is not a single person that can build a mouse today, you'd need a plastic specialist, an electric engineer, a laser specialist, a trucking company (to ship it), a programmer, and much more.

Whether it is a software, or a network of roads it takes time to build an infrastructure, and the relationship between modules are not so obvious. It's easy to think about keeping your neighborhood clean by picking up after yourself. But not so easy to associate it with the trash floating in the ocean.

As robust as an infrastructure can be, it can fail sometimes. And when it fails, it can be a disaster on its own. Imagine what happens if we run out of fossil fuel? It doesn't matter how many cars you own, when there is no gas, you can't move them.

A broken infrastructure is one thing, having no infrastructure at all is another. A good example is the current Ebola outbreak. The countries affected are third world countries, I will take Guinea as an example since that's my home country and it is broken system.

The very weak infrastructure is mostly to blame for the wide spread of the disease. Ebola requires physical contact to spread. People in some affected regions were not even aware of the disease. The lack of reliable communication infrastructure allowed the disease to continue spreading. Those who survived had to warn others to tell them it is real, not just a rumor:

Tarafel confirms that the epidemic is very real: "I saw 3 of my friends vomiting, having diarrhea and... and another one die. Ebola exists without any doubt!"

The lack of reliable mailing service is also to blame. Here in the US, when I send a package through the mail across the country, I know it will arrive to destination. And for that I have to thank the well paved roads and freeways to take it to the post office, postal workers, computers that automatically route my package, planes for faster shipping, a postal box in apartments, well defined addresses, and many more things that make it possible.

In Guinea, small things like hand sanitizers and gloves are really needed to combat the epidemic. Unfortunately, there is absolutely no guaranty to ship them over there. And that is because there is no infrastructure that allows it. Roads that connect cities are not maintained and are cause of many accidents. There is no reliable address for houses.

The roads, instead of being part of a bigger infrastructure, are the systems themselves. When they fail, it's over. Other parts of the economy is hindered and everything else collapses. You might be shipping tons of material to Guinea, but because one of the major roads is out of services your goods will never arrive.

Projects like 'loon for all, which promises to bring the internet to remote areas where physical cables can't reach is a step in the right direction. It allows to create invisible structures that were not possible before. The balloons are cheaper to deploy but I doubt they will be more reliable then their on ground counterparts. 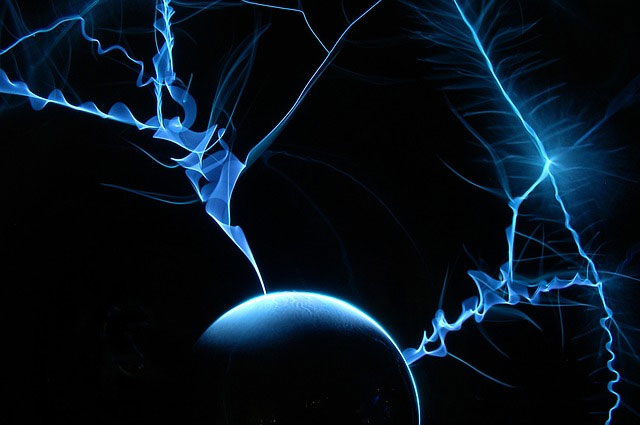 This reminds me of Bill Gates promising a PC in every home in poor countries. When he went to Soweto South Africa, he quickly changed his mind. The poor people here didn't have the same problems as those in the US. They lived in shacks with no electricity and had dirt roads. These people worried about challenges that couldn't be solved with a personal computer. The infrastructure that allows the benefits of a computer was missing.

Building an infrastructure is work that takes time and collaboration. The US National Highway System was started in 1956 and took 35 years to build. Today it is the backbone of America and is regularly maintained. And it turned far more useful than the proposed California Bicycle Highway.

The benefits of a system are not exactly predictable, but think of something like that internet. When it was built, the main goal wasn't exactly to make us all connected, but it did.

In the future where every device is part of a bigger system with no single point of failure, we can hope for better communication and faster recovery from disasters. An epidemic like Ebola could be dealt with in a matter of days with minimum casualties. When your are watching the Presidential Address and the power goes out, you will pull out your phone and continue watching.

The benefits of a stable system will not just be for our entertainment, it will bring humanity forward. The internet, the newest addition to the system, will bring far more to the table. Since it's invention, it has gone from being the best medium to spread cat pictures to being the principal way of conducting business in many domains.

I do hope for a future, where infrastructure transcends borders. Where one system can spread and help fix others that are less reliable.

Follow me on Twitter, RSS Feed
Next: When isolated, the odds are always 50 percent
Previous: Time to get to work, you sonofabitch

Making decisions is an emotional problem, not rational