In college, my English class required reading a novel. I was only interested in college to learn a practical skill. The skill would allow me to get out of the classroom and make a living. Programming classes taught me just that. English classes? Not so much. The novel in question was The Assistant by Bernard Malamud. I didn't buy the book. Well, I was broke. I could barely afford signing up for class, and the re-sell value of a novel is negligible. Instead, I borrowed the book from a classmate and read it in its entirety in one night.

I loved self-help books. I found them practical. With self-help you can apply whatever it is the book is promising to help with directly into your life. But what do you do with a novel like the Assistant? Other than its entertainment value and school grade value, why should I know the story? How do I apply what I read into my life. It was useless. That year, I dropped out of college because I could no longer afford it, and the Assistant was the last book I read from cover to cover.

In the decade that followed, I've only read a chapter here and there from books recommended by peers. I was not missing out. I'd often read Wikipedia entries, or skim over Cliffs Notes to get the gist of things. But I did not make time for the slow digestion that books require. I justified my lack of reading with the garbage in, garbage out principle. And we all know that most books are garbage. Who needs books when we have the Internet?

I worked as a programmer for a decade, and I've come to accept that most self-help books are also garbage. Never have I thought that one day, I'd read a novel and think it would be useful to me. But books came back to me when I started to realize that programming is not the science of fixing computer problems. At work, I had no trouble fixing bugs, or finding clever hacks to solve our problems. What I had trouble with was dealing with people. The more competent I was becoming in my field, the more I struggled with people misunderstanding me.

The book that triggered it all didn't come to me. Instead, it came to my brother. My brother was new to the United States and he was learning English. He found a book left behind by my younger sister in her High school years. It was a simple book, easy enough to read even for an ESL student. The day after he had found it, he came out of his bedroom with the book in hand and excitement in his eyes. He had read it all.

I was in the living room when he came in. I muted the movie about a boy and a tiger that was playing on TV, and my brother sat down. He told the story of Santiago the shepherd. He had memorized the whole thing. It was as if the story spoke straight to his heart, ignoring the fact that he didn't understand half the words in the book.

I patiently listened while he told the story. I couldn't help but be fascinated. His words were answers to questions I had been struggling with. At work, I felt like I was being treated unfairly and I didn't know how to approach the problem. Here was my brother telling me what I needed to do through a fictitious story someone else had written. When he finished his tale, the sun had gone down, and the boy had reached the shore. There was only one thing to say to conclude the night:

The following weekend, I picked up the book and read it from cover to cover in one sitting. I couldn't understand my emotions. How is it even possible? A book that isn't marketed as a self-help book, yet the lessons in it were second to none. It was an amazing journey that filled me with hope, with motivation, with courage. The Alchemist is a fascinating book.

It felt like falling in love. Yet, you can't love only one book and ignore all the rest. As many times as I read the Alchemist, at some point I had to move on, to discover what else was out there. I started my poly-amorous adventure by reading a book that had been adapted to a movie. The Life of Pi is my favorite movie, but then I read the book. Now it is my favorite book in the world.

In the spirit of practicality, the Life of Pi by Yann Martel has taught me the most useful thing about communication, and therefor, about software development. A lot of modern stories hang on a single thread. A punch line. A spoiler. If you know that one thing about the story, it decreases the value of the whole thing.

When I was writing The Machine Fired me, that's the story I was thinking about. Right in the title, I wanted to say it all. The machine fired me. That's the spoiler, that's the punch line. But when you decide to read it, I invite you into the exciting adventure of computatrum anthropomorphicus.

When I write my software documentations, I don't hide the purpose of my tools. I clearly say exactly what it does in the first sentence. Then the details follow. I've come to understand programming as the art of communicating with people through a machine.

To choose doubt as a philosophy of life is akin to choosing immobility as a means of transportation. — Life of Pi by Yann Martel

The same year I started reading, I went through more books than I had gone through in a decade. I applied a buffet like approach, picking and choosing titles from a variety of genres. Only a few days ago, I realized that I had worked for a year in Venice beach, a block from the beach, and not once I had smelled the ocean. But now I do everyday thanks to Perfume by Patrick Süskind.

Reading has become a fundamental part of my life. A book can give you a slow and thorough understanding of a situation. It can give you a glimpse into the mind of another human being. It's a shortcut to experience. It's a sandbox where you get to simulate your program without hurting yourself.

My philosophy about books has been flipped upside down. I wish I had read more books. I wish I hadn't wasted 10 years waiting for the right one to fall on my lap. I can only take solace in that the best time to make up for it is now. I had to flip through the pages of my memory to see that, books have only waited for me to be ready. Now they can forgive me.

December yielded nothing to spring. She awoke to each frozen, lonely day with dulled feeling. Then one Sunday afternoon winter leaned backward for an hour and she went walking. Suddenly she forgave everyone everything. A warmish breath of air was enough to inspire; she was again grateful for living. — The Assistant by Bernard Malamud

Follow me on Twitter, RSS Feed
Next: At the Cliff of Irrational Arguments
Previous: Book update: Just Fired 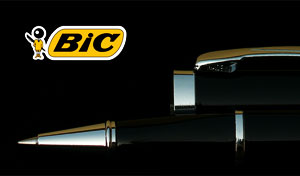 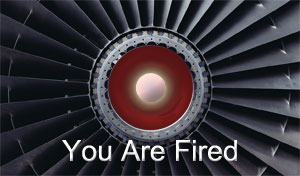 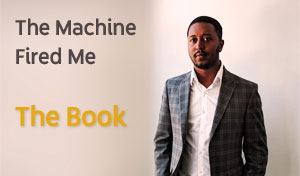