But in 2005 something changed. Come spring, a thick cloud formed in the moist atmosphere and surrounded the desert. A single drop of rain left the sky and headed for the ground. In its journey down, it absorbed more of the humidity in the air and grew bigger. It was as thick as a brick when it made a final splash on the thirsty ground. The hot soil instantly absorbed it and there were no traces of the rain drop. But right behind it a swarm of water drops seemed to follow. Each making a point to hit the ground, making a hissing sound as the dry earth fought the change.

Soon enough the earth was overwhelmed and the water had filled the cracks. The cloud above had grown and covered the entire desert making the morning sky as dark as an Alaskan night. The rain did not stop, it became a storm. It went on throughout the night, drowning all traces of the desert heat that once plagued the land.

The next morning, puffy clouds flew over the land. The mountains, colored with a wisp of green. Below, where once was the driest and hottest soil in the continent, was a lake. Lake Badwater.

Surrounding it, were flowers. Of every kind. Some never before seen. Life was dormant for centuries, underneath the desert ground, waiting for the right time. And now was the right time, it dominated the land. Death Valley was no longer faithful to its name. It became a Valley of Life. 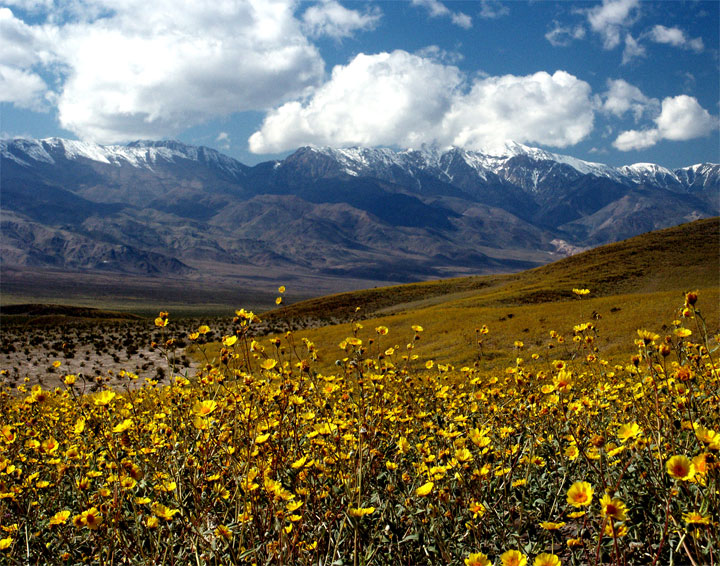 As the days went by, the prairie grew thicker. Photographers flew from every corner of the country to witness and share this extraordinary moment. I was just arriving in the United States and couldn't understand why every TV station were streaming images of a prairie.

What had happened was a conception that every one had ingrained in their mind had changed. We all knew that Death Valley was a Hot place, and that life had no business there. But during this spring time, this was no longer true. Death Valley was full of life.

Things that seem like common sense. Things we present as indisputable truth. We never question them because they have become part of our collective beliefs. No one try to change them and anyone seen trying to change is seen as mad. But when the change finally occur, we are left in awe.

That's why an Airbnb allowing you to rent your apartment to stranger is illegal in some places. Uber is completely illegal in some countries because we hold dear a broken system that we accepted as the norm. Dare phantom calling the whole concept of insurance a fraud.

Forcing doctors to wash their hands before delivering a baby was seen as an inconvenience and rude.

You'd think everyone would be thrilled [washing their hands]. Semmelweis had solved the problem! But they weren't thrilled.

For one thing, doctors were upset because Semmelweis' hypothesis made it look like they were the ones giving childbed fever to the women.

And Semmelweis was not very tactful. He publicly berated people who disagreed with him and made some influential enemies.

Eventually the doctors gave up the chlorine hand-washing, and Semmelweis — he lost his job.

What we call common sense is just a Death Valley. When we make a mistake long enough and no one finds a better alternative, with time, we tend to accept it like a dogma.

There wasn't an absence of life in Death Valley. Despite the heat and dryness, it was there. Lurking through the cracks, waiting for the right time to come out, even if it takes a thousand years.

Some ideas are instilled in us. We believe them blindly. But it helps to have life shattering changes from time to time, to remind us to be flexible. To take dogmas with a grain of salt. After all, if a lifeless desert can change, why can't we do the same?