As a web developer, I always add Google Analytics tracking scripts to the projects I work on. If you want to know where your users are coming from, and how they behave on your website, GA is an excellent tracker. Building the same thing in-house, even if it's a subset, will require months of development. But even GA isn't enough sometimes. At my startup, we decided to go one level deeper to understand exactly what users where doing. We used mouseflow.

Mouseflow turns a user's interactions into a video you can replay. It's like standing behind their shoulder, watching every single mouse move and key press. It's ominous. As a developer, this was something I could only dream of in the past. Once we installed the script on our website, we did away with customer feedback. Why ask the user what they think if you can watch exactly what they are doing?

It was very useful. We watched random users struggle through our setup wizard. We watched them looking for a way to contact us, by clicking on About Us instead of Contact Us and giving up after a few tries.

Mouseflow helped us improve our application. But I came to question this decision after I got to talk directly with a user.

This was not an organic user, it was a friend who was asking me about my day to day job. I sent her a link to our website and she became super excited to see my secret project. I hopped on mouseflow, identified her session, then started to watch her interaction. A few moments in, I saw that her browser size shrank in half. She is a developer, I figured that she had opened the web console to get some extra details of how the website works.

"So, you opened the web console didn't you?" I said casually on chat, not thinking twice about the implications.

"What?!" she typed. "Are you spying on me? How did you know I opened inspector?"

I was at a lost for word. I went on mouseflow.com to find words that fits best what I was doing. Mouseflow let's me replay your full experience so I can identify your pain points, boost conversions, and optimize our website. But the word she used was more appropriate; I was spying on her.

It made me think about the thousands of people we watched interacting with our website. How would they feel if we told them that we were watching their every move? Sure, somewhere in our privacy policy, we stated that they were being monitored. As a user, It's one thing to assume that everything you do online is recorded, but it is a whole other to see the recording in action.

I explained to my friend how I knew she was using the web console, then I showed her the actual recording. "Creepy!" Was her response.

The insight we gathered through this tool was valuable to improve our business. But I couldn't help but think about how creepy it looks on the users perspective. If I had told her that I'd be watching her every mouse move in real-time, would she have continued to use it? "Hell no!" was her answer.

Since we were in beta, we restricted the use of mouseflow to a handful of users, and added a dismissible warning before the script is loaded. I still don't have an alternative to GA, especially since it is a third-party collecting the data. I had switched this blog to use piwik (now Matomo), but every time a post went popular it crashed. Every project I build respects Do Not Track. I'm still looking for an alternative to cookie warnings no one reads.

Analytics software is useful, that's why we use it. But they collect much more information than we actually need. For example, I look at my own interaction with GA, and I can say that I use no more than 10% of the available features. This is something we can build in-house, or at least plan to, so we can remove our dependency on Google. And it will allow us to better inform users about our own tracking.

It's easy to track users when we don't think of them as people. On a report, they are just numbers, on a video they are just an interaction. But tell them they are being watched, and those thinking numbers might not be too pleased with it.

I'm also open to suggestions, and ideas for a better user experience when it comes to analytics. Feel free to share your thoughts in the comment section or through email.

Follow me on Twitter, RSS Feed
Next: Digitalocean and AWS IPs banned in Russia
Previous: I charged $18,000 for a Static HTML Page

When I type 2 + 2 on a compiler I know there is no way the computer will give me an answer other than 4. Computers are precise, accurate. They don't make mistakes. 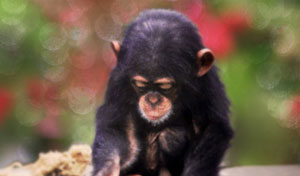