I crossed my heart, hoped to die and agreed to do the job. She then decided to tell me what it was. When I finally heard it, it made me sad. I couldn't believe it. "That's all really?" It wasn't a bad idea at all, it simply wasn't unique in anyway.

To exaggerate a little, there are 7 billion people on planet earth and they all have a couple of ideas. The odds of someone having the same idea as you are extremely high.

Someone is thinking the same thought as you right this moment.

I read an interesting question today on hacker news and I could relate to this guy because I have hundreds unfinished projects. He gets lots of ideas too but can never bring them to fruition; there is always some sort of mental block. There was one particular comment that marked me deeply and I wish I had heard it sooner:

For example, it sounds like you have the belief "if someone else makes something that I had the idea for, that's terrible". This pushes the "knot inside you to inarticulately roar". Trick is it's not that you want to work on something cool, it's that you don't want to not have worked on something cool (subtle, but important difference - negative motivation is very poor at driving creative work).

If you have in mind that all your ideas are unique and guard them like a treasure, nothing will hurt you more than when you find someone who is already doing it and is way ahead of you. This usually happens when you are even scared of doing research because you think someone will steal it from you. You never get to see the competition until it blows on your face. 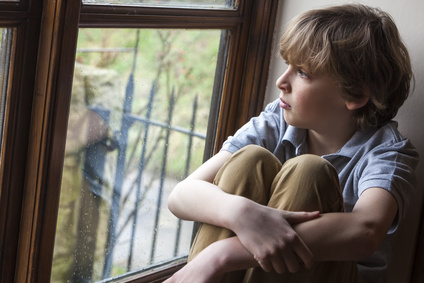 So here is what I suggest, take a few minutes to do research. It doesn't have to be an extended scientific research, just enough to know what you are getting into. Check if there is a market for it. Unless you are trying to build an Amazon type of business it makes no sense to get in a field where there is no competition. No competition might actually mean that there is no demand for it.

There is nothing wrong with seeing that your idea is already taken. Zuckerberg's stolen idea was already taken when he started facebook. Altavista was a behemoth before Google got in the game. Having competition should actually be a signal that you too can get in.

Lastly don't build something just because there is money in it. Negative motivation is very poor at driving creative work. Build something that solve a problem you have.

Most of my ideas are not that amazing, but the moment I come up with them all I see are dollar signs. It ends up being a crappy website but at least I get to learn from them and you can only learn from your own failures. So roll up your sleeves, get started, and bring that crappy idea to the world.

No GoDaddy promotion here but this ad is my TL;DR.

Follow me on Twitter, RSS Feed
Next: Working from home is not for everyone.
Previous: The fact is that your product sucks. Just accept it and improve it.