Inspired by Chris Guillebeau, Nathan Barry decided to write a thousand words a day. I found it fascinating and followed in the footsteps. I opened Gedit (My distraction free text editor) and started typing. Words were pouring out of my fingers. Every next word stylishly appeared on the screen filling up the space like a solved puzzle.

I wrote a thousand words a day for 2 weeks. Miracles do happen, that is until day 15 of course.

On faithful day 15, I had an event to attend. It was the kind of event that could consume the last bit of energy hiding in your guts. But still I was positive about my scheduled writing. I couldn't work during the day because the kids are as noisy as two kids can be, and I play the role of a cool uncle who can still keep up with two monsters.

So I planned, carefully. I told myself I would spend the day at home, and once said children were picked up by their birth-giver, I would go to the event, where I will refrain from wasting excess energy. When I'd get home around 10pm, I'd still have plenty of time to write the thousandth word before I hit the hay.

At 1am, I was home. I had failed my 1000 words a day challenge, but, as children my father once told me that the day ends when one went to sleep. So I fired up my laptop, gedit still open with a blank page from the previous session, I started thinking about what to write.

I'm standing in front of a desk, there are no chairs. Standing desks are all the hype these days, but I hate those who come to my comfortable sitting desk at work and shun me with the stories of significantly reduced lifespan caused by a chair, sat on.

"Well most pedestrians that get hit by a car are usually standing up, so take that". Maybe, I should write about standing desks since I have one right in front of me. Wait a minute, I don't have a standing desk. This is a dream.

I snap out of it, gedit is still blankly open. 2 am now. Maybe a nice hot shower will bring me inspiration.

I come out of the bathroom, steam still coming out of my head and I gaze upon the comfort of my bed. It looks so warm and cozy. I can stay in bed and think about to write about, I don't need to be in front of the machine to do the thinking.

So that night, I didn't write. 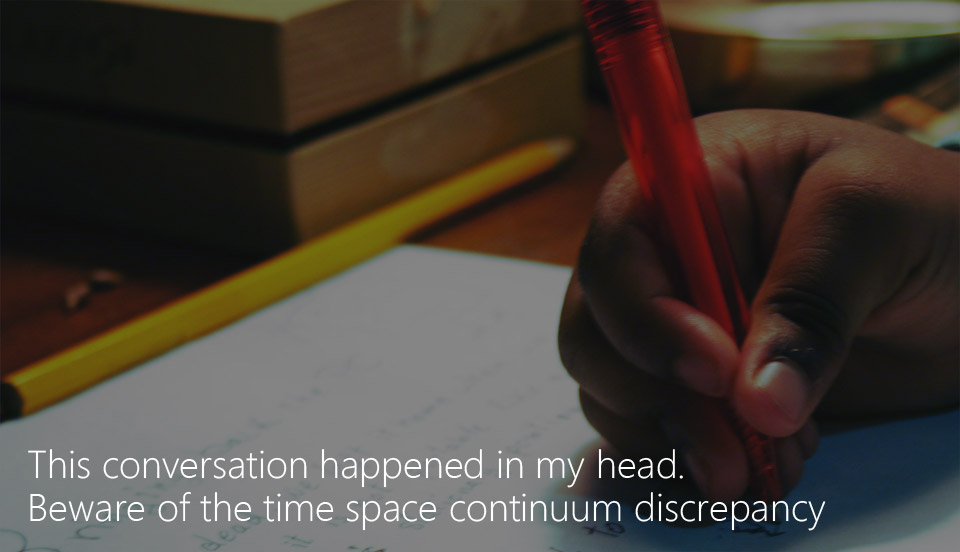 It is not written in stone that I have to write 1000 words a day. Just a silly thing I forced onto myself. But still, now I owe myself 2000 words. So I write.

But wait, does coding counts as writing? I have this old bug I never fixed, maybe it's time I get to it. I get to it. And ah! programming. Before I commit the code, I see that I have erased more than I wrote. Programming has never been about word count, unless you are a awful manager.

Back to writing. I write one blog post but it barely reaches 500 words. And I have absolutely nothing else to say on the subject. The matter is done, what needed explaining has been explained.

What do you say, when you finished saying what you have to say? You still have 500 words to spare.

That's when I had the most clever idea. What if, instead of adding more words to this article, bare with me it's coming. What if, I start a new article? CTRL+N a new tab opens and a blank white canvas appears before me.

Those who created the web, vent of how inspiring it is. I start my quest on reddit. But memes. Memes beget memes not 500 words. I go to hackernews and I read very interesting things. A few hours, I have consumed words, more than five hundred, yet I have nothing to talk about. I close my laptop and think. I think harder. How do you think harder? Then a clever title comes to mind.

Five ways to stop yourself from ever having an idea again.

That could be a nice click bait article, I could fill it up with a bunch of funny pictures and funny words. You would read the whole thing without realizing I didn't tell you anything about it. Hah!

But what could I write about that subject? I have nothing to say beyond the title.

Maybe I am doing this wrong. Maybe I shouldn't force myself to write about something I am not interested in. Ok, so what am I interested in?

Go on and enjoy your day then.

Is there anything I still want to share? Yes, I want to share my story, but nobody knows me on the web. That's a problem I can fix, twitter it is. So what do I tweet about? Well, what is it about my story that I want to tweet about. OK. Let's look at the popular guys on twitter, what do they tweet about?

So I don't know what to tweet about. The whole day is over now and I still didn't do my 500 words. No pressure however. Although I made a commitment, I never truly spent some time thinking about the work required to write a 1000 words a day.

Actually I didn't even read much of Nathan Barry's work. Tomorrow, I shall do just that.

So I should have read more before getting into this. Even the guy who inspired this idea did take a break from time to time. And the difference between him and I was that he was actually writing a book. So contributing a 1000 words a day made sense. I was writing out of the blue.

So maybe I should have a goal in mind before setting myself to do this job.

Writing that much every single day has its advantages but I think it makes more sense to write for a reason. For example: Instead of writing a 1000 words a day, It would make more sense to find something worth sharing everyday.

I am subscribed to Seth Godin blog. Everyday, there is a new post. Every single day. Sometimes I even find them boring. I even stopped reading them. But then at the end of the year, he compiled a list of the most popular and shared them. I looked at those. They were amazing. I probably read over 100 of them that day. Every single one of them was interesting.

So today I had writers block. Wait, I take that back. Let me explain:

I am not a writer. I come here to this little website I built and I try to share the things I find interesting. Sometimes it is my insights, sometimes I am just repeating something I heard elsewhere. But hey, I found them interesting, so I hope you do too.

Now it's your turn to write something worth sharing.

Follow me on Twitter, RSS Feed
Next: So you want to buy a Mac Computer
Previous: Why is php turning my string into 0