Computatrum Antropomorphicus is the computer as seen through the human eye. We can't help it but give it human attributes. The most common attribute we give it these days is the word smart, I wrote about this in the past.

We believe computers are smart, and this is not because some scientist managed to create a sentient algorithm that pierced through the barrier of silicon and became self aware. We believe they are smart as a result of remarkable marketing campaign in the mobile industry.[...]

Smartphones, smart houses, smart devices. Not that these machines have anything new to them that their previous "Dumb" or "Stupid" counterpart didn't have. But we have come to understand that when a device can perform a task we want, it means it is smart.

Unfortunately when it can't, we call it stupid. You can spend hours on YouTube watching people trying to prove that Cortana is smarter, or that Siri is not smarter but more human like. All the while, data is passing through silicon and being interpreted unbiasedly.

This becomes evident when we try to have a natural discussion with a Smart assistant. We would say something like:

Hey Google, how are you today? Can you call mom?

And expect it to do what we want. Of course, most voice assistants have tons of hard coded responses for different scenarios that helps in no way but to satisfy our anthropomorphism. How about, "OK Google, call mom".

We know that it is just a stack computers processing data for millions of customers at a time yet we like this little personalized response. In the futuristic movie "Her", our humanizing of machine breeds a new group of people that end up falling in love with the machines. Not because they are machines, not because we are fooled into believing they are not machines, but because we project our own qualities into what we interact with. Whether it is a dog, Wilson, or a Data center.

Not that seeing everything through the human eyes is necessarily a bad thing, in fact there are no other way for us to see things because, well, we are human. But exercising a little reserve can go a long way. For example, wolf puppies are so cute, but then they grow and become, well, wolves

When wolves got reintroduced to Idaho, a few hillbillies went up into the primitive area and stole some pups, and they circulated around as pets. My buddy had one, and it scared the shit out of me. It was 130lbs of killing machine. They could tell it to kill anything, and it would do it. Their neighbor's dog had been biting them, so it was the first to go. Then they'd set it on foxes, which it could run down with ease. But the only person that wolf had respect for was the father, who was 6'4" and would pick it up and slam it whenever it misbehaved. Eventually, it started trying to beat up on the kids to move up the pecking order, and it had to be shot.

So only get a wolf if you can stomach putting a bullet in its head after it brutalizes your kids. 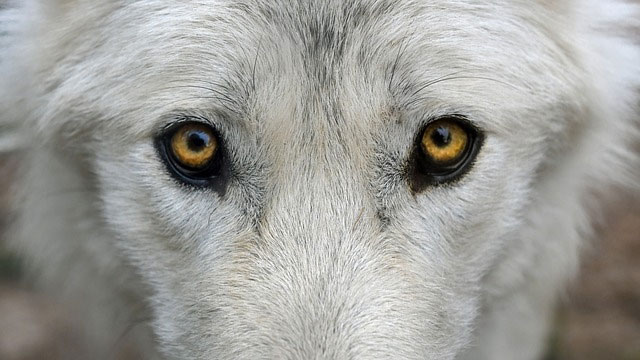 We believe because they grow with us like human babies, they will turn like human adults. But not so.

If you want a wolf pet, get a dog.

When we say machines are replacing us at our jobs, it is easy to imagine a robot sitting in every desk doing the job a thousand times faster. Or more realistically, an assembly line where headless machines forge cars into place. But in reality, the machine is invisible. It's just software transferring data from one point to the other without needing human interaction. We can call the machine evil, but where is the machine?

We forget that the machine or the software is just processing data. It is not evil the same way it is not good. The humans behind it are responsible for the problem. For all these new privacy issues we are having today, the problem is not the machine, it is the people behind the machines. Even if you have AI collecting the data, the words Artificial Intelligence is still our own anthropomorphism at work.

From time to time, let's remind ourselves that we are projecting ourselves into the device we use everyday. Make them less human and recognize the human behind it and they become easier to deal with.