Although the first programming language I ever learned was C I am more comfortable with JavaScript. C was a like a VIP club where only the elites where accepted. Most of the code I read was not documented and I have to say it is the one language where it is widely accepted to name your variables with a single character: "a, b, x, y, or z". I never fully grasped the C language and felt like the experienced users only made fun or ranted about bad code, but never helped us newbies. It reminds me a little of French. At least to my experience, in the French culture improper use of the language, even by foreigners, is not well tolerated.

C and C++ are the classical languages. They have been around long and have passed the test of time. Although they are the main languages taught in schools, the entry barrier is pretty high. If you happen to master them however, it is much easier to get learn all the rest. You can look at a language like PHP or Java and spend only a little time learning the syntax and use them. But you won't. Why would you want to learn how to use a less capable tool when you have the ultimate weapon already. At least that's the vibe I get from C and C++ programmers.

PHP is by far my favorite language. It works for most my needs and I rarely think about optimization, unless I see really bad code like this one. Most people that use PHP, at least the very experienced ones, don't brag about knowing the language. They accepted that it is the most popular language on the web and there is no need to start language wars. There are confusing naming conventions in PHP but not very different from the English language itself: Did you know that "Ghoti" can be pronounced "fish"? or even better it could be a Silent word. I will call it the Pyramids language. Even though the slaves built the Pyramids of Gizah, we only talk about the Grandeur of the finished product. 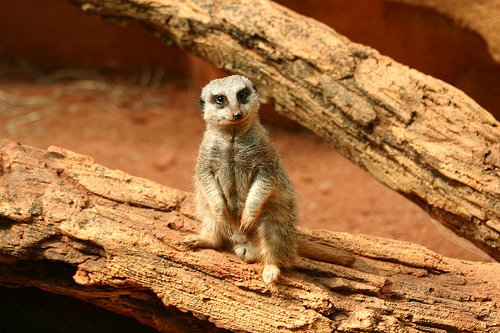 How do you pronouce Ghoti again?

I am still confused by Ruby and Ruby on Rails. But I was told to imagine it as JavaScript and jQuery. Ruby seems like the new cool kid in town, even though it first appeared in 1995 along with PHP. Rails made it more popular. Everything you do or say is much more easier to do in rails, just ask a ruby developer. If you are having any sort of problem, there is a gem for it. I mean it is a nice and all, and I have enjoyed using its scaffolding feature. However, I still feel like there is this push to prove that the language is really cool. I mean what other language has code referred to as beautiful. Ruby is the stereotypical French language where only beautiful and romantic words can be spoken.

A few years ago, if you were coding in JavaScript, no matter what your experience was you would be called a script kiddie. It's only today that you will see job titles like Senior JavaScript Engineer. JavaScript went from being the little scripting language you used to change the background color or create annoying animations to being the language you use to change background color or create annoying animations. But in between there were some very powerful features that were introduced: Ajax for example. Because JavaScript is unusual (everything is an object), compared to other programing language, some strong beliefs were were created and made it a unique culture. In JavaScript you worry very much about the client, because there is a big chance that your code may fail on the clients browser. The advent of jQuery did eliminated the need to write cross browser code but it also brought some very bad coding standards to light. JavaScript in some respect is very similar to PHP, for being very popular and belittled at the same time. There are many tools that allow you to write code that will later converts to JavaScript, (see CoffeeScript). Today learning JavaScript is like being in a foreign country and being told to learn English, because it is the future... maybe.

In programming or in speech, learning a new language exposes you more then just new syntaxes and sounds. You learn to say things differently. You learn a new culture and new ways of thinking. In my philosophy class, we were told that Greece was the birth place of philosophy because Athens' port was a place where people from all around the world came to trade. Their difference in culture brought new ideas and new ways of thinking. Language is culture's mean of transportation. So when you are ready to learn a new language don't be surprise when you see that there is a lot more to it then just placing the noun and verb in a sentence correctly.

Follow me on Twitter, RSS Feed
Next: How you can be tricked to allow spam in your inbox
Previous: It takes guts to be the first follower

When Google announced that Google reader will be shutting down, every tech news site or tech blog went crazy. "if Google can shut down a popular service just like that what is going to be next Gmail?", this was the mantra every one was saying on those sites. Well here is something people forgot to take into consideration, most people don't even know what Rss is.