There are many things I programmed in the past that I simply did because I took it as a programming challenge, ignoring the social impact. Working as a front-end developer many years ago, my team was asked to improve conversion on some web pages that generated revenue. We wanted the user to click on an affiliate link and for some reason the click rate was not high enough.

The solution the manager came up with was not to improve the content or give the user a reason to click. Instead, they wanted not just the button to be clickable, but all the white space around it to be clickable.

It was a challenge to make the whole space clickable without modifying the underlying HTML. It took some clever CSS and JavaScript to make it possible. In the reports it showed that engagement and conversion had been improved. And I was congratulated of course. But I am sure that every single user that interacted with this page was pissed. They had no intention on clicking on the link, but somehow they triggered a popup. They probably blamed themselves and their clumsy fingers. Developing this functionality may not be evil, but the outcome is definitely used to deceive people.

The developer has the power to create the narrative on the web. They work in the background and create an interactive story that users have to follow without even knowing that they are part of an experiment. We use dark patterns and guide the user to do what benefits us only. We create games that make use of some psychological tricks to get users addicted. Unlike a cigarette addiction where your lifespan is significantly reduced as a result, programmers reduce your time span by getting you to spend long hours staring at a screen to your demise.

Not that we should shun anyone working in these domains, but studying the social impact should go hand in hand with developing a technology. Turning to books, it's amazing how some of the worse technology of our generation had been written about long before they were invented.

Our dependence on machines that dictates our lives has been documented in The Machine Stops, a short story by E. M. Forster written in 1909. The book is surprisingly relevant for our times. In the story, Humanity has created a machine that handles every aspect of our lives. So much so that we don't even need to leave our rooms, everything is delivered a la Amazon Prime. After a few generation, when the original designers of the machine had long died, the machine stops, and no one knows how to do anything anymore. We gave up on so many liberties and human interactions that humanity now finds itself in the brink of extinction, not because someone is killing us, but because we don't know how to live anymore.

In Fahrenheit 451, by Ray Bradbury, Milfred is constantly watching her 3 walled TV. And when she is away from the screen she wears her Seashells ear thimbles (earphones). She drowns herself in the noise of the machines because the moment she allows herself to think, she realize how miserable she is and tries to commit suicide. We are constantly plugged on YouTube, or Spotify, or anything that stops us from thinking for ourselves.

In The Trial by Franz Kafka, blindly following a protocol leads a man to be accused, sentenced, and executed before we actually identify his crime. Although the machine is not electronic here, it follows the exact same protocols of the machine that ended up firing me from my job.

Technology is not bad. Technology is not good either. Technology is simply a method to solve a problem that sometimes appear magical. For most of the population, the way a little device in your pocket can connect you to someone on the other end of the planet, is no different then magic. But believing it is magic can give great leverage to whomever controls the technology.

Rather then just being excited by technology, we need to take some considerable time to study the effect technology has on people before deploying it to the mass. 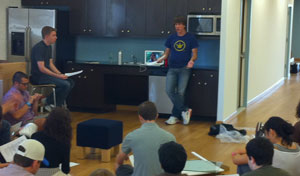 How meetings should be

If you recorded yourself talking for ten minutes then sent it to all your team, do you think they would listen to it? 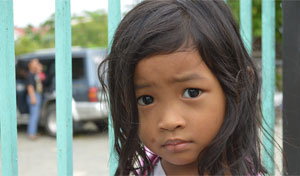