Every time April arrives, I can't help but have lots of flurry emotions overwhelm me. April represent many milestone in my life, and many important events. At the risk of sharing a little too much about myself, I'll start my yearly reminder that this blog first lunched on April 1st of 2013.

When I started this blog, I had in mind that I could write every single day of the week. It was possible at first because I had a burst of energy. It was just so cool to have a website where you can write stuff and people get to read it. The enthusiasm decreased a bit when my domain was banned from reddit. I kept writing but at a reduced pace.

When it all started, I was gainfully employed at a very fast paced programming job where I touched a bit of every department. I built some websites from scratch, maintained some, built internal tools. When the work day ended, I’d go home and turn on my laptop and write for the blog.

The material was not too hard to come up with, I was simply documenting the daily challenges I encountered at work. 6 years later, I can barely write 5 posts a month. But I have my excuses. They are excuses after all, but they are real enough to slow down everything else in my life.

When I decided to write a book last year, my wife told me she was pregnant. It was great news to me. I couldn't wait to become a parent. I told myself I could still handle my start-up, my book, my blog, my pregnant wife and my consulting gigs. It's a just a baby after all. How bad can it be?

You see my wife lived in Utah and I in Los Angeles. We were newlyweds and I'd go visit her in Salt Lake City every time I could. I was back in Los Angeles when I received a call from her. "We are not having just one kid. We are having twins. Twins!!!"

It was certainly overwhelming for me. Not that I knew how to handle one kid, but two must be harder. To add to it, twins have the tendency of not respecting their due dates. And my twins had complete disregard of due dates. Where they were due on March 15, they decided that January would be more appropriate.

On January of 2019, my wife gave birth to two beautiful premature kids. The word Premature has always been a word I have avoided. In fact, when I was a kid, this word was often used as an insult. Of all the people on earth, why should I be the one with premature kids?

My children came to life weighing barely two pounds. But I will never forget the joy I experienced when they first came out of the womb. You see my wife had gone for a normal routine check up and the doctors kept her at the hospital. The doctor told me that it was no longer safe for my wife to come out and that the babies are coming. Our Lamaze class was scheduled two weeks ahead, that's how unprepared we were. The doctor explained to me what to expect of the complications and my mind went into an emergency mode. I still haven't come out of this mode.

I expected the worse. When I was in that operating room with my wife and the dozens of doctors, I was taken by complete surprise when I heard a baby squeal into existence and the doctor say "Baby A is out." This scream, or chant came to me like a siren call that took me into a whole new world. The second squeal came shortly after and sealed my mind into that magical world of wonderful things.

I became blind to reality. I saw two beautiful children that were somewhat small. I saw no flaw in them. I came to visit them at the hospital every single day. I spent time with the nurses that taught me how to change diapers, how to carry an infant, and how to properly feed them. My life revolved around this routine of making sure that my three babies are fine (wife included).

And it paid off. 6 weeks down the line, the doctors told us that it was now safe to let them go home. I sighed in relief. I remember sitting down in the NICU (Neonatal Intensive Care Unit), going through my phone, and looking at the very first pictures I took of my sons. It's as if knowing that they are coming home had released the veil that was covering my sight. For the first time, I saw them for what they were. I won't post pictures here but let me paint a picture.

They were small, skinny, barely two pounds, and their skin was... well... Red. They looked just like hellboy.

I laughed. I couldn't believe that these where the same babies. Today, they are both well over 10 pounds and are growing like normal babies. It's hard to explain but, they are real fighters. They didn't let the elements get the best of them. They fought everyday with all their strength, the grace of God, and the skillful hands of the nurses. Now they are two beautiful, annoying babies that keep me up all night and won't let me sleep.

As tired as I get, I am grateful to have this new addition to the Diallo family. 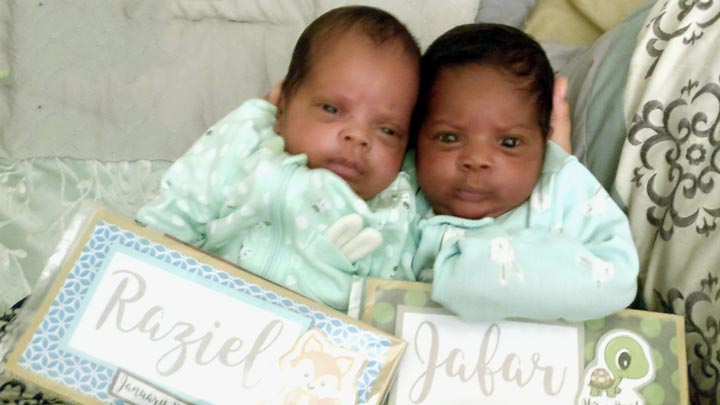 It’s possible that I will contribute even less to the blog this year, and that my book will experience some delay. But note that I’ll do all that I can to be present. Both for my family and the rest of the world.

Thank you for reading.

Follow me on Twitter, RSS Feed
Next: I charged $18,000 for a Static HTML Page
Previous: The Impact of programmers on the world

Hopefully this will be my only post about blogging. The whole point of starting this blog was to improve my writing. Hoping that some strangers will find a place in their heart to tolerate my bad writing and look beyond the obvious mistakes and understand the message I am trying to pass. Not that many strangers for the moment but the few that come along did have an opinion. As hurtful as some can be I have come to build friendships out of others. 180 days went by so fast. I still couldn't pinpoint exactly how much I improved until I went to page one and started reading. 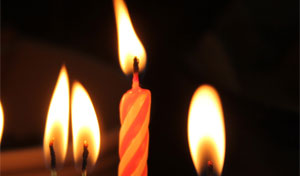 It was Jummah, right after dhuhr. Probably around the time they started the khutbah. Jafar came out with the Athzan. And Raziel, he came out as a tomato. Love you dearly. I should read these more often.