I'm not one to make resolutions every new year, but I often find myself asking others about their new goals for the year. Every year, I send wishes for fortune, success, or just a better life without putting much weight behind it. It is a courtesy or just the standard holiday greeting. But if there is one thing I want to wish to others and myself and actually mean it, it will be to make this year a year of personal responsibility.

There is a park in El Segundo near my old job where I used to go to eat lunch. I used to wonder how it was kept spotless all day everyday yet there was no one working there. It was so clean that my coworkers and I made a special effort to not leave a trace when we left. But sometimes we would see some other people eating in the park and leave their trash on the table like it was a restaurant. But few minutes of being lost in conversation and eating, the trash mysteriously disappears.

There was a man that lived in a house a few blocks away. He made it his personal responsibility to come to the park and clean it. He was probably in his late forties, tall and gaunt, with a rake in one hand and a large black trash bag on the other. The park extended more than a few blocks, but he started on our side, and worked his way all the way to the end of it. When he was done, there wouldn't be a spot left to clean. He never spoke or made a sound, he cleaned everyday and I don't think his name is the one on the large bronze plate at the entrance of the park.

When the park was dirty, he didn't complain to the authorities to send someone or shifted the responsibility to someone else. He rolled up his sleeves and got the job done.

There is a phenomenon called the by stander effect. (From Wikipedia) It is a social psychological phenomenon in which individuals are less likely to offer help to a victim when other people are present. The reason is it is not that they don't want to help, they think that someone else in the crowd is going to help.

Often we stand in the side line for stuff we believe in or are against for the simple reason that we think someone else will do something about it. If you want something to change, you are the perfect actor for the change. Don't resort to donating money to an organization as your first option. 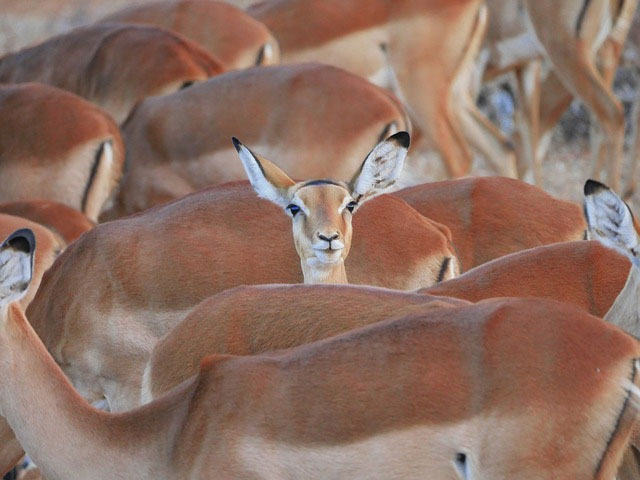 I worked in an organization that helped the homeless. They provided shelter, food and a path to a job. During special occasions there was an influx of donations, during other times there was basically nothing coming in. It was a huge building that used a tremendous amount of resources to operate. The already discounted utility bills was huge. The special events were eagerly anticipated and marketed to collect as much money as possible to pay for those bills. It's true that they provide services for the homeless, but this machine requires a huge percentage of your donated money just to stay alive before it can provide some help.

It's just like how Wikipedia first needed very little money to operate, yet now it requires millions of dollars a year to keep the lights on.

I'm not advocating to not give money for a cause. Instead, I want you to look at the cause and see if it is something you believe in. If it really matters to you, think about how you can help. Be personally involved. If you want to help the homeless, you have to meet the homeless. You have to talk to them, know their name, know how they ended up in the street. Maybe then, you will have an understanding to the things you can do to help.

We have to be personally and actively involved in the things we want to help on. Having an automatic transaction being done on your credit card for some charitable organization you forgot about is not help. Go see the faces in this organization and see how you can help.

This is the theme of the year for me. I want to be personally involved in everything I do, and I invite you to do the same. And maybe, we can make this year better for ourselves and everyone around us.

Every idea is stupid, until someone stands up for it.

2013 sucked less, Let's at least try to do the same this year