These days no one uses an alarm clock. Instead we have phones with more computer power than a GPS satellite. We set the time we want to wake up and in the morning it will ring and take us out of the magical land of dreams. The first day you set the alarm, you will wake up. The annoying sound of the phone and the vibration are unfamiliar in your dream. So it reminds you that: No, you are not gliding 1000 feet off the ground, with a chihuahua cheering for you. You are in fact asleep and it is time to wake up.

For me the problem occurs around a week into using an alarm. It doesn't wake me anymore. I recognize the sound, and willfully ignore it. Hence the invention of the snooze option.

When you hit the snooze button, usually it postpones the alarm for another 5 minutes. When the time runs out the alarm rings again, somehow it always feels like less than 5 minutes.

If you use an alarm, after sometime you get used to it. On good days, I still have the memory of waking up, turning it off, then heading back to sleep. On bad days, I wake up later thinking my alarm never sounded at all. 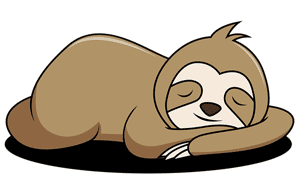 We live in the time where phone applications are in the lime light. Some clever people decided to tackle the problem with an app. The theory is, if you engage in a task that requires rigorous brain activity, you will have a harder time falling back asleep. In a sense it is true.

So one developer comes up with a new alarm that requires you to solve a puzzle to turn off the very loud sound. This solution becomes very popular and people start paying real money for app. A new marvel of technology.

The app has only one puzzle but it is good enough to stimulate activity in your brain to take sleep away from you. The more popular the app gets, the more clones come out. And each claim to be better then the others.

Some have very complex puzzles that you'd have a hard time solving even in the middle of the day. Others have an infinite number of puzzles through clever abstraction of the framework. The developer can now upload new puzzle over the internet. For a monthly fee you get an advertisement-free alarm that will never serve you the same puzzle twice.

But alarm apps are not limited to puzzles. With some, you have to shake the phone violently to get it to turn off. Another notable app claims to be therapeutic. It starts with a gentle melody to slowly wake you by increasing the volume until you are ready to wake up. Needless to say, I never wake up to this one, or at least I don't remember turning it off.

A few weeks into using these apps, I deleted them all.

If you think about it, none of them solve the problem. No matter how violently or gently they wake me, I'd still need coffee to start the day, and I am not a coffee drinker. These apps are all trying to wake you up, they are trying to numb a symptom. They make it a technology problem by constantly renovating the UI and adding advertisement. But they forget the real problem.

They real problem is we don't get enough sleep. Can anything be done to help you get better sleep? Yes, and I don't have a definite solution. But if we can spend so much time trying to fix the symptoms, what would happen if we spend the same amount of time trying to get people to sleep better?

Instead of trying to trick people into waking up, here is a scenario. I set my alarm to wake me at 7am. At 11pm the night before, It rings to notify me that my phone is going to be locked for the rest of the night. It won't let me unlock it unless I confirm that I am not supposed to wake up at 7am anymore. And it won't let me set the alarm at that time anymore just in case I am lying.

It might not work for everyone, but it is a step in the right direction. Having trouble waking up early shouldn't be solved by shocking you in the morning. Instead we should address the problem of sleep deprivation.

Now that this post is done, take a moment and think about all the problems we are not solving but simply camouflaging the symptoms.

I don't have anything brilliant to type, just enjoy reading your articles. Thanks!

And I will say thank you for reading @ken